Kailash is in the Nagari Prefecture of China’s Tibet Autonomous Region (Western Tibet).

For Hindus, Kailash is the abode of Lord Shiva and Devi Parvathy.

For Buddhists, it is a holy mountain called Kang Rinpoche.

For Jains, it is Mount Ashtapada on top of which Rishabhanatha attained liberation.

For the Tibetan religion Bompo, Kailash is the nine-storied Swastik mountain, the spiritual center of the region.

The Kailash range runs from Kashmir to Bhutan.

Out of this, the part surrounded by Lha chu and Zhong chu is Kailash parvat.

At the Northern edge of Kailash parvat is Kailash shikhar or Mount Kailash.

Mount Kailash is a triangular pyramid in shape.

A mark of swastika is clearly visible from distance on the southern face of Kailash.

The northern face of Kailash rises up to a height of 5000 ft.

On the eastern side of Kailash is a small lake called

Hanumanji and Nandi at Kailash

There is a small peak called Tijung next to Kailash.

There is a huge rock to the south of Tijung that looks like a monkey.

At the southern base of Mount Kailash is a small mountain called Netan-yelak-jung.

It is a group of 19 Buddhist stupas located at the base of the southern face of Kailash painted yellow in color.

They are monuments of the abbots of Dekung Monastery near Lhasa.

At a 7.25 km steep descent from here are two small lakes called Rukta and Durchi.

Only those who have completed 13 parikramas should visit this place.

The soft soil found at Rukta is taken home as prasad by the pilgrims.

Similarity in Hindu and Tibetan beliefs

For Hindus, Kailash is the abode of Shiva and Parvathy who live there with their Bhutagana.

For Tibetans, the presiding deity of Kailash is Demchhok.

His consort Dorje Phangmo is also with him.

He wears tiger skin and a garland of human skulls.

He holds a damaru in one hand and a trident (khatam) in the other.

Some people, particularly those who are unwell, appoint others to do the parikrama on their behalf by paying a fee.

Seeing Kailash itself is a blessing.

Parikrama of Kailash washes away sins of the whole life.

10 parkramas purify the devotee for the entire kalpa.

108 parikrama gets him moksha in this life itself.

Some Tibetans undertake 3 or 13 parikramas of Kailash and Mansarovar.

Some undertake the parikrama in the form of sashtanga namaskara.

This kind of parikrama takes about 28 days around Manasarovar and 15 days around Kailash.

It is very important the devotee stays connected to the divinity throughout the parikrama; mere mechanical walking will not earn any merit.

Has anyone climbed the Kailash peak?

Nobody has climbed the Kailash peak so far.

It is forbidden to climb the peak of Kailash or even touch it.

In 1926, Col. R.C.Wilson discovered an easy route to the peak but sudden heavy snowfall prevented him.

In 1936, an Austrian called Herbert Trichy attempted to climb the peak.

He was dissuaded by the locals who said that only someone who is absolutely pure can reach the peak; he doesn’t have to climb, he can just become a bird and go there.

Maharnava Tantra describes Kailasha as a mountain top with trees and creepers with a cool breeze filled with the fragrance of divine flowers and the music of singing birds.

This must be at an esoteric level not visible to the ordinary eyes.

Lake Mansarovar was discovered by King Mandhata of the Ikshvaku dynasty.

Manasarovar is called so because it originated from the mind of the creator God, Brahma.

A group of Rishis was observing tapas here.

They found it difficult because there was no water.

They prayed to Brahma.

Brahma created Manasarovar for them.

A golden Shiva Linga rose up in the middle of Manasarovar which the Rishis worshiped.

It is believed that Lord Shiva dwells in Manasarovar assuming the form of a swan.

Manasarovar is also known as Manasa - Sarovar and Bindusara.

For the Bonpo, Kailash and Mansarovar are the father and mother of the earth.

Mansarovar is Sun shaped and Rakshas Tal is Moon shaped.

Originally it was a single lake.

A narrow stretch of land came up and split them into two.

Rakshas Tal is a distance of about 5 km from Manasarovar.

It is called Langak Tso in Tibet which means the lake in which 5 mountains are drowned.

Devotees avoid spending time on the banks of Rakshas Tal because of the presence of tamasik forces associated with it.

They just glance at it once from a distance and go away.

Manasarovar is considered the bridegroom and Rakshas Tal is the bride.

Their union is through a channel called Ganga Chu.

It is said that Rakshas Tal was once poisoned.

A fish in Mansarovar fleeing from another fish made this channel into Rakshas Tal.

Water from Manasarovsar entered Rakshas Tal and purified it.

A high level of water in Ganga Chu is supposed to be auspicious for the whole world.

Tibetans do not take bath in Mansarovar

On the southern side of Mansarovar is a group of 5 peaks called Gurla Mandhata (Memo Namgyal).

At the bottom of Gurla Mandhata is a small lake called Trugo Gompa.

While Hindus take bath in Mansarovar itself, the Tibetans only take a few sips of the water from Trugo Gompa and sometimes pour some over their head.

Someone who takes a dip at Manasarovar incarnates as a God in the next birth.

It is also believed that there is a divine tree in the middle of Manasarovar the fruits of which are made of gold.

When they ripen, the fruits fall into Manasarovar.

This tree is considered to be the navel of Jambudvipa (Eurasia).

The circumference of Manasarovar is about 87 km.

The parikrama, including visits to monasteries, is about 103 km.

Manasarovar is famous for its swans.

There are 8 monasteries around Manasarovar:

The sources of these 4 rivers are within a distance of 72 km of Manasarovar.

In the olden days, people walked all the way to Kailash taking months or even up to a year.

The devotees accept the hardships of the yatra as repentance for their sins.

Only deep faith enables them to overcome the challenges on the way.

It needs a lot of determination to undertake this pilgrimage.

The pilgrimage purifies so much that radiating brilliance comes out from the bodies of the pilgrims as soon as they complete the yatra.

The Ministry of External Affairs, Government of India arranges Kailash Mansarovar Yatra between June and September every year.

Eligibility for the pilgrimage

Indian citizens holding a valid passport between the age of 18 and 70, with a BMI below 26, physically and medically fit can undertake this pilgrimage.

Pilgrims are expected to follow the rules of piety, and peace and cooperate with fellow pilgrims.

They should not indulge in any act compromising their own and their fellow pilgrims’ safety.

They can not deviate from the itinerary.

They have to obey the tour and local authorities.

New all by road travel to Kailash Mansarovar

India is constructing an “all road” route to Kailash Mansarovar from Pithoragarh, Uttarakhand.

In this route, no trekking is involved.

Instead of the five-day trekking, when this road is completed, it will be just one day by road to Kailash Mansarovar.

The road is expected to be completed by December, 2023. 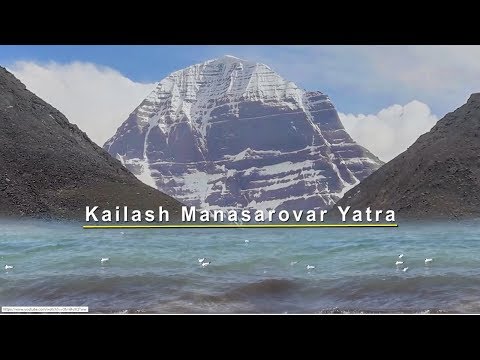 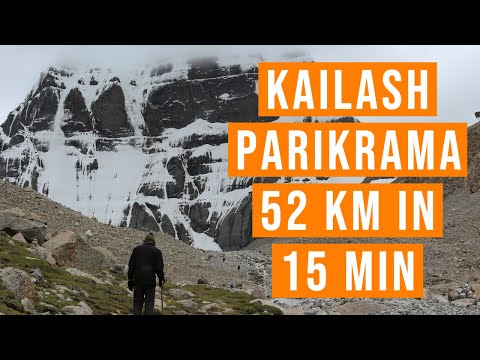 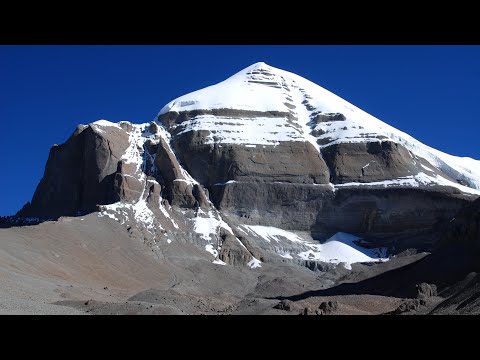