Governance In The Vedas You can find three types of governance in the Vedas. 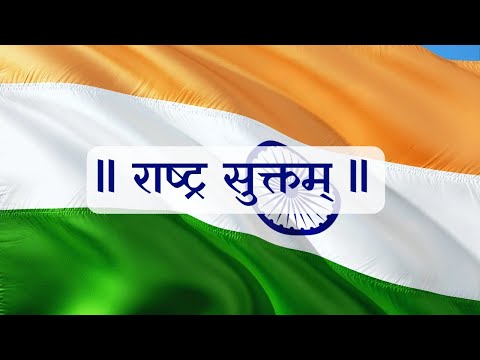 What is Dharma Tantra?

The natural world order set by the divinity is called Rita (ऋत).

Rita is considered a divine power in itself.

Rita is not just for men.

Rita applies to all living and non-living beings.

Rita keeps functioning on its own unless deliberately disturbed.

It was based on Rita.

The system operated in a natural orderly manner.

There was a spirit of care and protection among people.

They considered it a moral responsibility.

There were no punishments. The land was undivided.

Why did Dharma Tantra end?

As yugas progress from Satya to Kali, morality decreases.

Compared to Satya Yuga, there is only about 25% of dharma in Kali Yuga.

Most of them cannot distinguish between right and wrong on their own.

This required the establishment of laws and their enforcement.

Praja Tantra in the Vedas

This election was largely influenced by public opinion.

A ruler's duty was to protect his people.

He could be removed if he did not perform.

Those who are ousted from power can again seek the position if they improve themselves.

Atharva Veda.3.3 points towards this.

Raja Tantra in the Vedas

In the Vedas, Raja Tantra or monarchy is the most prevalent form of governance.

The land was divided.

A king ruled each division.

Kings performed yajnas such as Rajasuya and Ashwamedha to become emperors.

An emperor controlled a vast area.

Those kingdoms under his control paid him taxes.

The succession in a monarchy is hereditary.

Even a hereditary king can lose his position if he doesn't perform well.

Puranas have a legend of Rishis killing King Vena for his wickedness and cruelty.

Yet he was dharmadandya (punishable for violating dharma).

The king protected his people and distributed wealth and resources.

He maintained law and order and endeavored to expand his kingdom.

To do so, he observed Raja Dharma, brahmacharya, and tapas (Atharva Veda.11.5).

Many kings became Rajrshis through dharmik conduct and observing tapas.

For administrative purposes, the kingdom was divided into Janapadas.

Janarajas were the heads of Janapadas.

Janapada was further subdivided into villages or gramas.

Gramas had chiefs who were called Gramanis.

Those who wished to lead these smaller divisions performed yajnas like Sangrahani.

The citizens were collectively called Visha and the king was Visham Pati.

At first, the citizens controlled the administration of the kingdom.

For this, there were Sabhas and Samitis. Later, however, the king relied on his ministers and advisers.

Purohitas also acted as advisors to the kings (eg. Vasishta).

The Purohita's position was next to the king.

A Brahmana performed a yajna called Brihaspati Sava to become the Raja purohita.

According to Chanakya, the only effective and viable form of government was the monarchy. Can You Take Food On The Previous Night of Yajna?