Goravanahalli Mahalakshmi temple is in the Tumkur District of Karnataka.

It is one of the most famous temples near Bangalore.

He was very poor.

He used to take his cows out for grazing every day.

At noon, he used to take food near a pond.

He got scared at first.

He thought it could be some evil spirit.

Then he summoned up courage and said - “You can come if you won’t harm me”.

When he looked in the pond, he could see the idol of Mahalakshmi.

He took it home and started worshiping it.

In some time, Abbaya became the richest person in the village.

Construction of the temple

Lakshmi Devi appeared in his dream and asked him to build a temple for her.

It was Thotadappa who built the temple.

A devotee called Kamalamma came to Goravanahalli in 1925 and worshiped Devi for one year and then left.

She came back in 1952 and renovated the temple. 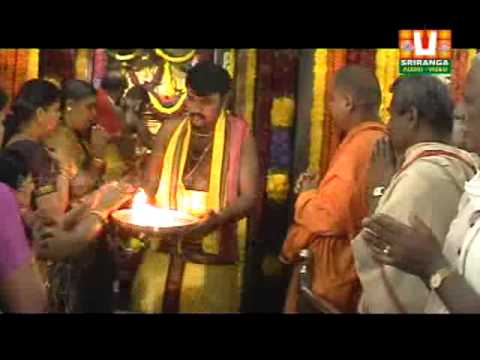