Agneyastra is a divine weapon used in warfare.

Its use is mentioned in the Puranas and Itihasas.

When a normal arrow is energized with the Agneyastra mantra, it turns into Agneyastra.

Click below to watch producing Agni by churning of arani 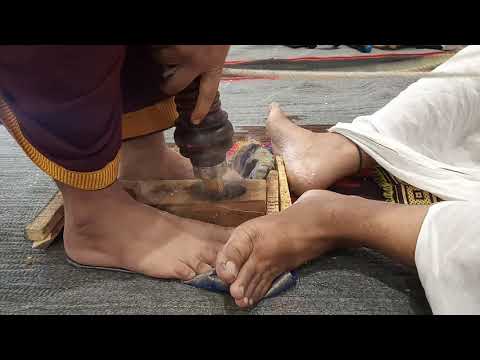 Agnivesha received it from Bharadwaja and he gave it to Drona.

Agnideva himself gave it to Krishna at the time of the burning of the Khandava forest.

Agneyastra was also part of the divine weapons that Arjuna received from Indra with the blessings of Mahadeva.

Who all knew the use of Agneyastra?

In addition to the above Bhishma, Karna, and Ashwatthama also knew Agneyastra.

What happens when Agneyastra is used?

Even Devas can not withstand Agneyastra.

Agneyastra turns into a shower of fierce arrows which give out flames of fire.

It is used to burn down enemies.

Agneyastra produces a lot of heat.

Sun loses his brilliance when Agneyastra is used and it becomes dark.

The fire created by Agneyastra resembles Samvartakagni (fire at the time of pralaya).

Who all have used Agneyastra?

In spite of having Brahmastra, learn why Vishwamitra had to seek the help of Lord Rama to fight Rakshasas The Symbolism Of Madhu Kaitabha Story