Sanatana Dharma means the Eternal Religion, the ancient law, and it is based on the Vedas, sacred books given to men many long ages ago.

This religion has also been called the Aryan Religion because it is the religion given to the first nation of the Aryan race.

Aryans were a great race, much finer in character and appearance than the races which went before it in the world’s history.

The first families of these people were in the northern part of India called Aryavarta.

The land from the eastern ocean to the western ocean, between the Himalayas and Vindhya was called Aryavarta.

In the later days, the religion was called the Hindu religion and this is the name by which it is now usually known.

No other religion has produced so many great teachers, writers, sages, saints, kings, warriors, statesmen, benefactors, and patriots. 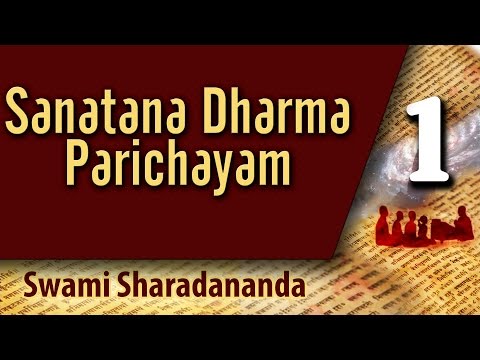