Suta is the narrator of Puranas.

We saw that Suta is the name of a caste, not a particular individual.

It became more of a designation, a position later on.

Narrators of Puranas came to be generally called as Suta.

The first Suta was Lomaharshana, the disciple of Sage Vyasa. 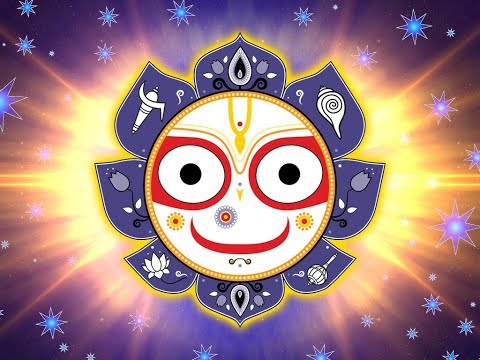 The meaning of the name Lomaharshana is (we used to keep meaningful names in the past):

If someone listens to stories narrated by Lomaharshana, his hair would stand up, he would get goose pimples, even the hair on his body would become happy, excited, and stand up.

That is why he was called Lomaharshana.

When Rishis started the one thousand-year-long yaga in Naimisharanya, Lomaharshana came there.

How could the Rishis do this?

Lomaharshana had not learned the Vedas, he had only learned Puranas.

Yajna is a Vedic procedure.

How could the Rishis do this?

Because Rishis have the authority.

All rules in Sanatana-Dharma are laid down by Rishis.

Rishis know the essence of Veda.

Whatever they do, it will never violate Vedic principles.

They apply enough mind before doing anything.

They are very concerned that the divine order should never be breached.

So, at a surface level, we may find many things mysterious.

But if Rishis have done it, then it is well validated.

Lomaharshana used to sit on brahmasana when the yajna procedures were going on and narrate stories at other times.

Rishis can make stone into God by chanting mantras.

They can infuse divinity into stone.

Whatever Rishis say, that is the ultimate word for us.

That is shastra for us.

That is the ultimate teaching for us because they will never breach Vedic principles.

We should understand all these.

So much of bad propaganda is there about chaturvarnya; as if it was created for exploitation.

You should understand all these, how it actually worked.

While the Yaga was going on, once Lord Balarama came to Naimisharanya.

He was on a pilgrimage.

He was going to several holy places.

Everyone stood up and offered pranamas to him.

He is Adishesha; everyone knew this.

But Lomaharshana alone did not get up.

He took out a kusha grass, chanted Brahmastra mantra, and shot it towards Lomaharshana.

Lomaharshana fell from his seat; dead.

Oh, Lord! What have you done, he was our Brahma, he is not supposed to get up.

No, Lord! then it will be an insult to Brahmastra.

To revive somebody killed by Brahmastra will be an insult to Brahmastra.

What shall we do now?

We had given Lomaharshana a thousand years of longevity also so that the narration of stories can go on without a break.

Lord Balarama said, ok then you tell me what to do.

You have done brahmahatya; that is another problem; you should do prayaschitta.

We don’t know, you decide!

Transferred all knowledge and qualities of Lomaharshana onto Ugrashrava’s body.

Even longevity till the end of yaga.

Thereafter, Ugrashrava took over from his father and continued narration of the Puranas till the end of the yajna.

Where is Bhardwaj ashram?

Who are the parents of Rishi Bharadwaja?

Who was the father of Dronacharya?

How was Dronacharya born?

Sage Bharadwaja, Dronacharya's father, went to bathe in the river Ganga. Seeing Apsara Ghritachi there, he became sexually excited. His semen fell which he collected in a cup. From this dronacharya was born.

Lomaharshana and Ugrasrava are both Purana narrators. Ugrasrava also narrated the Mahabharata. Both of them belonged to the Suta caste. Ugrasrava was son of Lomaharshana.

Yes. Romaharshana / Lomaharshana was a disciple of Sage Vyasa. He was Suta, a narrator of the Puranas.

Lomaharshana is also known as Romaharshana. Loma or roma in Sanskrit means hair. Harsha means goosebumps. Lomaharshana is the first Suta, the narrator of the Puranas. His narration was so exciting that the audience used to get goosebumps.

A person who has great hearing is known as Ugrasrava. Hearing means grasping power. He was a primary narrator of the Puranas.

Who are the parents of Balarama?

Balarama's father was Vasudeva. Originally, Balarama was in Devaki's womb. The embryo was then transplanted into the womb of Rohini, another wife of Vasudeva, for fear that Kamsa might destroy him. Devaki is Balarama's biological mother, and Rohini is his surrogate mother.

What made Balarama kill Rukmi, the father-in-law of Srikrishna?

Balarama and Rukmi were playing dice at the wedding of Krishna's grandson, Aniruddha. Rukmi cheated and announced himself as the winner. Balarama was even ridiculed by Rukmi. Balarama killed Rukmi in a fit of rage.

Did Balarama take part in the battle of Kurukshetra?

No. Instead, he went on a pilgrimage.

Even though Lomaharshana had not learned the Vedas, Rishis gave him Brahma-sthana in the yajna because of his knowledge and nobility. Rishis have full authority to do such things. They know Vedic principles in depth and never violate them.

Romaharshana was sitting in brahma-sthana of the yajna. He was not supposed to get up. When Balarama came everybody else got up except Romaharashana. Balarama thought it was out of disrespect, got offended, and killed Romaharshana.

What happened after Balarama killed Romaharshana?

When Balarama realized that it was out of a misunderstanding that he had killed Romaharshana, he transferred all the knowledge and qualities of Romharshana onto his son, Ugrasrava.

Who is the mother of Lord Balarama ?
Click here to try more questions