The above audio tells you about - 1. Why Rishis consider Srimad Bhagavata as amrita 2. How Bhagavata gives moksha

We saw that in Naimisharanya, the Suta who started narrating Puranas to Rishis during their yajna that lasted for thousand years was Lomaharshana, a disciple of Vyasa.

Then Lord Balarama came there.

Balarama got offended and killed Lomaharshana in an impulse.

Then after Rishis explained to him, he transferred the knowledge and qualities of Lomaharshana onto the body of his son Ugrashrava.

Ugrasharva became the Suta and continued narrating stories in the place of his father.

Balarama also blessed him with long life till the end of the yaga.

Click below to listen Rudra praising Vishnu in Bhagavata 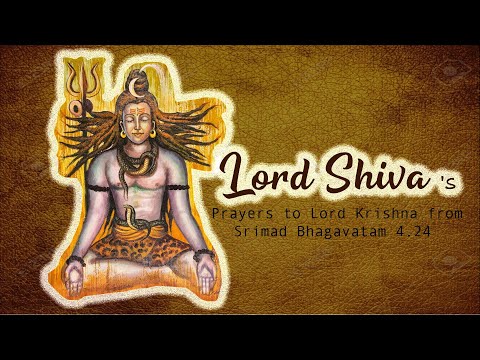 Balarama’s visit to Naimisharanya was during the time of Mahabharata.

He was on a pilgrimage.

After the battle of Kurukshetra, Yudhishtira ruled for 30 years.

Then he handed over the kingdom to Pariskhit and the Pandavas left on mahaprasthana.

Parikshit ruled for another 30 years.

It was Shukadeva who narrated Bhagavata to Parikshit on the banks of Ganga.

Suta Ugrashrava did not hear Bhagavata from Vyasa, not even his father Lomaharshana.

Ugrashrava, Suta heard Bhagavata while it was being narrated to Raja Pariskhit by Shukadeva.

That is the connection of Bhagavata to Shukadeva.

So from Sage Vyasa, Bhagavata has come to Suta through Shukadeva.

Then Suta came back to Naimisharanya and narrated to the Rishis.

This was towards the end of the yaga.

By that time they had heard all the other Puranas, some from Lomaharshana and some from Ugrashrava.

This also means that Ugrashrava used to roam about, unlike his father during the yajna.

The Rishis say that Bhagavata is nectar

They say that whenever they do yajna, yajna has to be conducted perfectly.

There is no room for mistakes in the yajna.

It has to be perfect.

So, while conducting yajna, stress is there in the mind.

The Rishis say that the mind during yajna has the color of the smoke that comes out from the homagni.

But Bhagavata is pleasant.

It doesn’t mean that you won’t die after listening to Bhagavata.

You will not go back to the cycles of births and deaths.

You will be out of Mrityuloka.

This Manushayaloka itself is called Mrityukoka because there is death here.

If you listen to Bhagavata seriously with devotion, then there is no more birth for you in Manushyaloka. What is moksha?
Moksha according to Hinduism is relief from the cycle of births and deaths. A simple method to obtain moksha is to listen to Srimad Bhagavatam.

Is going to swarga the same as getting moksha?
The answer is no. In swarga, one can enjoy great pleasures. Swarga is a reward for good deeds done on earth. But after some time, you will have to take birth on earth again. Moksha means the permanent end of births and deaths.

What are the five kinds of moksha?
1. Sameepya - being constantly near Bhagawan. 2. Salokya - always being in Bhagawan's Loka. 3. Saroopya - having the same appearance as Bhagawan. 4. Sarshti - having the powers of Bhagawan. 5. Sayujya - merging with Bhagawan

Why are the Rishis asking for the essence of all Shastras?
Kaliyuga was approaching. In Kaliyuga people will be less intelligent. They will not have the capacity to differentiate between right and wrong. They will become cruel. They will not be interested in the Supreme truth. They will be only concerned about their own gains and physical pleasures. Their lifespan will be less. Nobody will have the time and interest to learn all the Shastras. If the essence of the Shastras is given to them, then there is a chance that they might use it for their own benefit.

Why Are Hindu Scriptures Sometimes Contradictory?