This audio discourse which is part of Bhagavata series tells you the meaning of Suta (narrator of the Puranas).

What Does Suta Mean?

The narrator of Srimad Bhagavata is Suta.

Do you know who is Suta?

Suta is not a person.

Primarily, Suta is a caste.

It is a mixed caste in fact.

A child born to a couple in which the husband is a Kshatriya and the wife is a Brahmin is called Suta.

Do you know how this caste came into existence?

This is very interesting.

In the process of creation, everything has to come into existence at some point of time.

It is more of evolution rather than a sudden creation.

There are stages in creation.

So, something is formed from something that exists before it.

This is what we call karana.

So, if there is a caste called Suta, it was formed from the varnas- Brahmana and Kshatriya.

Purusha Sukta says that the four varnas were formed from the body of Virat Purusha.

You can look at it this way; when riots happened Rapid-action-force came into existence.

Before that, there were no riots.

Here, it is slightly different.

A particular action, an omission or a commission, they gave rise to something else.

Varna-sankara or mixing of varnas was not there originally.

So, this varna-sankara happened out of mistake, out of an error.

There was a king called Vena, a very evil and wicked king.

His mother was the daughter of Mrityudeva, not Yama, Mrityu Deva.

Mrityudeva acts upon the instruction of Yamaraja.

Vena inherited the primary character of his maternal grandfather; that is to destroy.

His atrocities increased to such an extent that the rishis had to kill him using mantra shakti.

But then a king is needed to run the country.

So they churned the thigh of Vena's dead body and produced a child.

This child was Raja Prithu.

Right opposite of his father, very noble.

In fact, Sri Hari only took avatara as Prithu, an amshavatara.

Prithu realized that the dharma that his father destroyed can be re-established only by performing yajnas.

This is very important.

Every yajna is a creative process.

The universe was created by the performance of yajna.

Yajna is a creative process.

It can create anything- health, wealth, home, land, peace, power, position, even place in Swarga for you.

Here Prithu was not concerned about himself; he wanted to re-establish dharma in the world.

The first yajna that he performed was Aindra-yajna.

In this yajna, ahutis are given both to Indra and Brihaspati.

The place where soma rasa is prepared in the yaga vedi from soma lata, this place is called soothi or soothya.

Two mistakes happened in this yajna.

One: soma rasa should have been extracted separately for Indra and Brihaspati.

They didn’t do it.

They kept it together in a single vessel.

Then, Brihaspati is guru and Indra is his shishya.

Who should be offered ahuti first?

Here, by mistake, they offered to Indra first and then to Brihaspati.

So two mistakes happened during this yajna.

It is a creative process.

If you follow the procedure, the result will be good.

If there is a violation in the procedure, it will reflect in the result also.

This is why so many prayaschittas are there in yajnas.

There is a supervisor for every yajna.

He will go on observing that everything is going on properly.

His role is called Brahma.

If there is any error, he has to immediately prescribe a remedy for that.

He should be so knowledgeable.

Remedy may not nullify the effect of the error.

It can only mollify or reduce the intensity.

So from this yajna, Suta caste was born.

It doesn’t mean that a child was born.

It only means that the emotion which leads to a Kshatriya courting a Brahmin woman started happening only after this yajna.

Earlier, they were restrained.

A Kshatriya man would never feel any attraction towards a Brahmin woman.

But post this yajna, because of this error that happened, this emotion developed.

After this yajna, Kshatriyas did not find anything wrong in marrying a Brahmin woman.

This is what it means.

They realized that this will happen now.

This is going to happen now.

A new caste will be coming into existence.

What will they do?

As a profession, what should they do, this new caste?

It should be something else.

Rishis decided that Sutas will tell stories of Puranas.

They will spread the stories of Puranas.

At the time of Vyasa, there were crores of Puranas.

Purana means incidents of the past.

Real incidents of the past.

Crores and crores of these legends were in circulation.

From the time of creation, crores and crores of incidents must have taken place.

Every day so many incidents take place all around the world.

Inside every house, there are incidents every day.

Like that, crores and crores of incidents happening all across the world every day, right from the time of creation.

What is it that media is doing?

They pick important events that they think are relevant to us and give it to us through newspaper,television.

This is what Sage Vyasa also did.

Out of crores and crores and crores of real incidents that happened from the time of creation till his time, Vyasa's time, Dwaparayuga, he picked up those which he thought will be useful for us in Kaliyuga and compiled them into eighteen Puranas, nearly about four hundred thousand shlokas.

So Puranas are not fiction written by Vyasa.

They are real incidents, he only wrote them down as the eighteen Puranas.

Vyasa had a shishya belonging to the Suta caste, Lomaharshana.

He taught Puranas and Mahabharata to Lomaharshana first.

Lomaharshana was the very first Suta.

Thereafter, anyone who knew Puranas and narrated them came to be called a Suta.

Five of them were Brahmins.

They were also instrumental in the spreading of Puranas.

But most important among the narrators of Purana and those who spread Puranas was Lomaharshana’s son, Ugrashrava.

We will learn more about him later.

Click below to listen to Hare Rama Hare Krishna Mahamantra 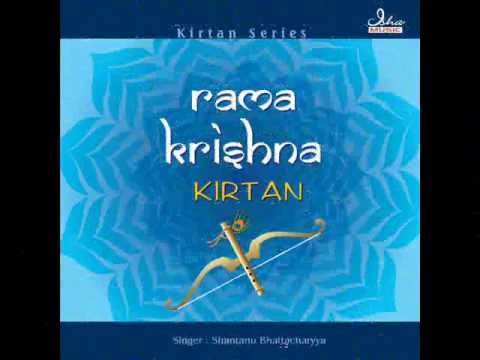 Who wrote the Vedas?
Vedas are called apaurusheya, meaning they don’t have an author. Vedas make up a repository of timeless knowledge manifested through rishis in the form of mantras.

Who is the rishi connected to Vaimanika shatra?
Sage Bharadwaja is the author of the book on Vaimanika shastra.

Who is Sauti?
Suta's son is Sauti. Lomaharshana was the most famous Suta. His son, Ugrasrava is known as Sauti.

What does suta mean?
Suta literally means, sutyam bhavaha ( सूत्यां भवः ), that which originated from the suti, place where soma juice is extracted during yajna. It is a sankara-varna in which the mother is a Brahmin and the father is a Kshatriya,

Who was King Prithu?
King Prithu is an avatara of Lord Vishnu. His father, Vena was very wicked. Rishis killed Vena using mantra-shakti. Prithu was churned out from the thigh of Vena. Prithu established dharma in the world by performing yajnas.

What is the meaning of Prithvi?
When dharma declined, Bhumi Devi withdrew everything inside her. King Prithu asked her to return them. Prithu aimed an arrow at her when she refused. Bhumi became a cow and ran away. Prithu chased her. Finally, Bhumi asked Prithu to milk out everything from her. Since Prithu milked her, she became Prithvi.

Is Suta a low caste?
In the Chaturvarnya system, Sutas are considered to be Dwijas. Their position is below Kshatriyas, but above Vaisyas.

Who is Suta Goswami?
Click here to try more questions