The mysterious birth and childhood of Bhima

Bhima was the second brother among the Pandavas.

Bhima's father was Pandu and his mother Kunti.

He was also popularly known as Bhimasena. 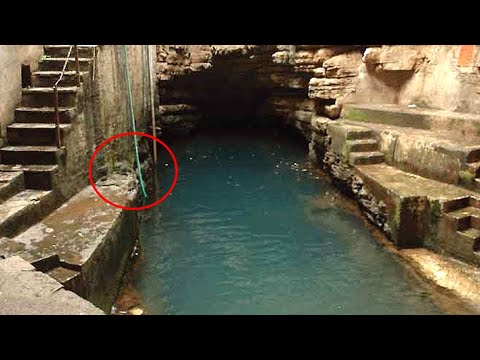 How was Bhima born?

Bhima’s father Pandu was cursed by a Muni.

If he ever unites with a woman he would die.

During Kunti's childhood, she had served Sage Durvasa.

Durvasa became happy with her service.

The Sage gave her upadesha of a mantra and said:

You can invoke any Deva by chanting this mantra and they will bless you with children.

Vayudeva entered her body and took birth as Bhima.

This is why Bhima is called Vayuputra.

According to Mahabharata, the son is a rebirth of the father:

In the Vedic concept of procreation, the father provides the seed.

The mother is the field in which the seed is sown.

It is a seed that eventually germinates and grows into a plant.

In the same way, it is the father who is reborn as the son.

The seed is a miniature form of the father himself.

Devas and Kunti did not engage in physical contact during their union.

This is clearly mentioned in Mahabharata.

When was Bhima born?

Bhima was born on a Trayodashi.

At the time of his birth, the Nakshatra was Magha and Lagna was Simha.

It was noontime and the Muhurta was Maitra.

What made Bhima so strong?

Bhima being Vayu’s son or rather a rebirth of Vayu himself through Kunti was bound to be strong.

At the time of Bhima’s birth, an oracle was heard.

Bhima would become the greatest among strong men.

Bhima demonstrates his strength even as an infant

Pandu entered into Vanaprastha ashrama along with his wives Kunti and Madri.

Vanaprastha is the stage before sanyasa.

They started living in Shatasringa-parvata.

The Pandavas were born there.

It was the tenth day from his birth.

Kunti had come out of the hut to do puja.

Bhima was sitting on her hip.

At that time, a tiger attacked her.

But during this time, Bhima fell down from Kunti’s hip.

He landed on top of a rock.

The impact of his fall pulverized the rock.

Why did the Kauravas develop enmity towards Bhima?

As a child, strong and powerful Bhima was very naughty.

Bhima alone was stronger than the 101 Kauravas together.

He would pin them to the ground, grab their hair and smash their heads together, and push them into a corner.

With Bhima around the Kauravas always had bruises all over their bodies.

Bhima would catch ten of them together and hold them underwater for a long time when playing in water.

When Kauravas were on top of trees, Bhima would kick at those trees and make them fall down.

But Duryodhana and his brothers developed hatred towards him because of all these.

Vichitraveeraya was Pandu's father according to the vamshavali, but he had died childless.

Sage Vyasa was his stepbrother.

Vichitraveerya’s queen Ambalika conceived from Vyasa through the process of niyoga and gave birth to Pandu.

Sperm donation from a close relative of the husband is called niyoga. Prayer to Lord Ganesha seeking long life for your child

The Expelled Aryans To The West Of Sindhu