The Expelled Aryans To The West Of Sindhu

Bharata Varsha originally extended from the South China Sea in the East to the Mediterranean in the West.

This is clear from the Vedic scriptures.

The area to the east of Sindhu remained as followers of the Vedic system.

This area became known as Aryavarta.

People to the west of Sindhu opted to move away from the Vedic system.

They replaced Indra with Varuna as their chief god.

Zarathustra, grandson of a Rishi called Rijrashwa was the founder of this religion.

They were rebels to such an extent that they even starting from right to left adopting the Kharoshti script.

Now, we will see about the main kingdoms to the west of Sindhu. 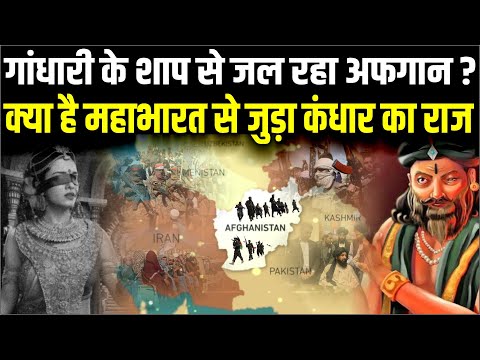 Takshaka made Takshashila his capital

In this manner, Gandhara was divided into two parts.

Madra was also divided into North Madra and South Madra.

Sagara was a predecessor of Bhagiratha (who brought Ganga to earth).

Paradas, Kambojas, Shakas, and Yavanas were their allies in this battle.

These five groups were originally Aryans.

Sagara obtained Agnesyastra and defeated all of them.

After that, Sagara expelled them from Vedic dharma and Kshatriya varna.

Shakas were told to keep their heads half-shaven.

Yavanas and Kambojas were told to keep their heads fully shaven.

Paradas were told to leave their hair untied.

Pahlavas were told to keep only the beard.

They converted to the Asura religion of Kalakeya.

They adopted the dress and language of Kalakeyas.

They used to occupy the present-day Khorasan.

They had their own script called Pahlavi.

The alphabets of the Avestan language (Zoroastrianism) were based on Pahlavi alphabets.

The territory of the Kambojas is in present-day Afghanistan.

They are called Kambojas because of their completely materialistic life.

Kama-bhoga - enjoyment is their purpose of life.

They had the belief that they are smart enough to do anything.

Those who took up academics among the Shakas were called the Magas.

The Magas had their own four Vedas: Vida, Visparada, Vidada, Angirasa.

They are just the four Vedas chanted in the reverse order.

The Yavanas are a mix of all the above four.

Their territory was around Palestine.

They are also called the Yehudis.

The name Yehudi has originated from युद्ध-धी, meaning those who always thought about waging war with the Aryans.

The above facts are mentioned in Brahmanda Purana and Bhavishya Purana.