To enable the mortals on this earth to attain the Lotus feet of Lord Sriman Narayanan, God has manifested Himself in various forms in several places.

The Alvars have visited some of these Archaavatara Sthalangal and sung in praise of the presiding deities.

These places are known as Divyadesams.

There are 108 such divyadesams in the country for Sri Vaishnavites.

Sri Parthasarthy temple, Triplicane, Madras is one such divyadesam.

In this one Temple itself we can worship the presiding deities of Ayodhya, Sri Rangam, Kanchipuram, Ahobilam and Mathura viz. Lord Rama, Lord Ranganathar, Lord Varadaraja, Lord Narasimha and Lord Krishna.

Each of the three types of Asana, sthanaka and sayana can be seen in this temple.

Besides, each of the three kinds of Yoga, Bhoga and Veera aspects are also to be seen here. Thus, it is a unique temple.

Besides, separate shrines are built for Sri Peyalvar, Sri Nammalvar outside the temple and for Thirumazhisai Alvar inside the temple.

Futher, the idols of Acharyas Sri Alavandar, Sri Ramanujar. Sri Manavala rishi, Sri Vedanta Desikar and Sri Thirukachi Nambi are all enshrined in separate shrines in the mahamantapam inside the temple.

Since the Alvars have sung about the deities of this temple, this temple should have been in existence in the 5th or 6th century.

From the stone inscriptions, it is seen that the present temple was built by a Pallava King around 779-830 A.D.

The Gopuram in the front is said to have been built by Thondaiman Chakravarthy, a Pallavan king.

The Vijayanagar rulers also helped in renovating this temple. 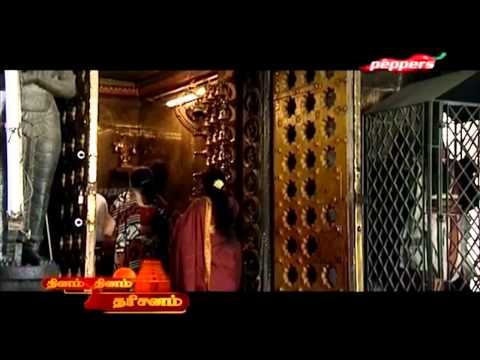