Jyotirlingas are the most sacred and important temples for the worship of Lord Shiva.

Five of them are in Maharashtra - 1. Parli Vaijnath. 2. Bhimashankar. 3. Nageshwar. 4. Trimbakeshwar. 5. Ghushmeshwar.

Let’s see the legends associated with these jyotirlingas of Maharashtra.

He performed tapas for several years near Kailas.

Then he did tapas for several years in the jungles at the foothills of the Himalayas famous for giving siddhi.

He did panchagni sadhana during summer, stayed in the open during rains, and stood in the middle of the water during winter.

The Lord was not satisfied with all these.

Ravan then started cutting his heads one by one and offered to the Lord.

When he was about to cut his tenth head, Lord Shiva appeared and stopped him.

Ravana then prayed to Lord Shiva to give him a Shiva Linga to be worshiped in Lanka.

The Lord gave him a Jyotirling with one condition: if you ever put this down on the way, it will stay there forever.

On the way back, Ravan had a severe urge to attend to nature’s call.

He descended on earth.

There he saw a cowherd and handed him over the heavy Linga instructing him not to keep it down.

While Ravan was away, the cowherd could not bear the load of the Linga after some time and kept it down.

When Ravan came back, he could not move the Linga from there.

Ravan went back to Lanka empty-handed.

Brahma, Vishnu, and Other Devas came and worshiped the Linga.

This Jyotirlinga is at Parli Vaijnath Temple.

King Kamrupeshwar was a great devotee of Shiva.

He used to worship Shiva Linga every day.

A Rakshas called Bhim started tormenting the noble sages and saints in his kingdom.

One day, while performing Shiva Puja, the Rakshas came and threatened to kill the king,

Kamrupeshwar thought: Lord Shiva takes care of the well-being of everyone.

He will protect this humble devotee also.

The king ignored the Rakshas and continued with his puja.

The Rakshas became furious: I know what is in your mind.

You think Shiva can protect you.

He is powerless before us.

He was under the control of my uncle, Ravan.

Now, if you want to be alive, come fight with me.

Let me see how your Shiva is going to protect you.

Saying this, Bhim turned towards the Shiva Linga with his sword.

Suddenly, Lord Shiva appeared from the Shiva Linga with his trishul.

The Lord killed Bhim saying: this trishul of mine is always there for the protection of my devotees.

The Lord asked Kamrupeshwar what boon he wanted.

May this Linga become famous as Bhimashankar showing the greatness of your protective power and affection for your devotees.

This jyotirlinga is called Bhimashankar.

There was a noble businessman called Supriy.

He was an ardent devotee of Shiva.

He always wore rudraksha and bhasma.

He would not even drink water before doing Shiva Puja.

One day, he was going somewhere on a boat.

A Rakshas called ‘Daruk abducted him along with others in the boat.

They were imprisoned and held captive.

Even in the prison, Supriy kept on worshiping and meditating upon Lord Shiva.

He taught the others how to do Shiva Puja.

They all became Shiva devotees and did Puja and meditation relentlessly.

Daruk came to know what was going on in the prison.

He came down and screamed at Supriy and threatened to kill him if he did not stop spreading devotion.

Supriy did not pay attention.

He kept on meditating with his eyes closed.

Daruk asked his soldiers to kill him.

Supriy called out to Lord Shiva: Oh! Savior of all, the protector of the three worlds, will you not show mercy upon these humble devotees of yours?

Suddenly a brilliant light appeared in the form of Shiva Linga.

Everyone could see the form of Shiva in the middle of that.

Lord Shiva declared: This Linga will be known as Nageshwar.

Getting darshan of this Linga will make the devotee powerful.

Even by listening to the glory of Nageshwar all comforts and moksha can be achieved.

A Rishi called Dussah lived on the bank of river Godavari.

Lord Shiva appeared before him, blessed him, and turned himself into a jyotirlinga.

He used to perform Shiva Puja and Agnihotra daily.

His wife was Sudeha.

She was also equally religious and noble.

They both started getting old but they didn’t have a child.

They were very much disappointed and sad about this.

Sudharma used to console his wife by saying philosophical words.

But she didn’t agree with him and wanted to perform remedies for begetting a child.

She said: I would give up my life if I don’t become a mother.

One day, she said: I don’t think I will ever conceive.

You should get married again.

Another wife will definitely get you a child.

That child will take care of us as well.

Sudharma: Now you think it is easy.

But a co-wife will destroy your peace of mind.

Sudeha insisted and got Sudharma married to her own sister, Ghushma.

Every day, she would make 101 Shiva Lingaas out of clay, perform their Puja, and then do their visarjan in a lake.

He was a brilliant boy.

Initially, Sudeha was happy for the child but later she became more and more jealous,

As the boy started growing up, flames of jealousy also grew up in her heart.

The boy got married.

Sudeha thought: the fire in my heart can be extinguished only with the tears of Ghushma.

One night, when all were asleep, Sudeha killed the boy, took his body to the lake, cut it into pieces, and put them there.

The next morning everyone realized that the boy was missing.

Someone informed about blood in the lake.

Sudeha, cried loudly and started beating her own chest.

They seemed to be unperturbed.

They were confident that if Shiva had given them the child, he would also protect him.

At noon time, Ghushma went to the lake with the Shiva Lingaas to perform visarjan.

At that time, her son came out of the lake alive and called out to her.

Just like how she remained undisturbed upon hearing about her son’s death, she remained cool even when seeing him come back to life.

Shiva became pleased with her equanimity and gave her darshan.

The Lord said: tell me what you want; I can take the life of your sister with my trishul.

Sudeha was also present there.

It is true that she has committed an unpardonable crime.

But your darshan has purified her.

If you kill her, people will stop believing that your darshan removes all papas.

A real noble person should be kind even towards those who harm him.

I am begging for your mercy towards her.

He said: ask for anything more if you want.

Ghushma said: please bless this place by being here forever.

The Lord said: I will be known here as Ghusmeshwar.

Your clan will prosper and pious Agnihotris will be born in it.

This is the greatness of Ghushmeshwar.

By taking darshan of Ghushmeshwar, people become free of all papas. 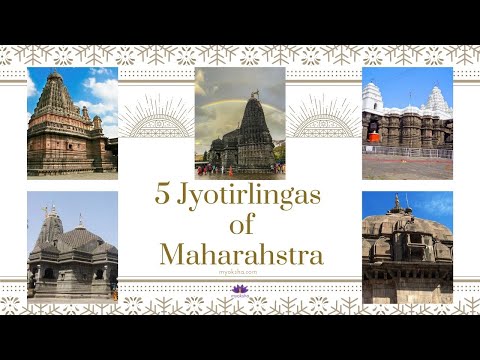