Pancharatra is a division of the Agamas dedicated to the worship of Narayana.

Pacharatra has at its base Srimad Bhagavata and it became prominent after the time of Sri Ramanuja (1017 - 1137 AD).

It was propounded by Vasudeva himself and later expanded by Brahma, Rudra, Indra, and Rishis.

According to Shatapatha Brahmana, Pancharatra refers to a five-night long yaga that establishes Narayana as Paramatma.

In this case, the term ratra would mean a system of thought.

They were revealed by Vasudeva himself.

They are based on Vedic principles.

Temples, where worship is done using the Divya texts, are called Divya Deshams.

These texts were received by Brahma, Rudra, and Indra and they propagated them around the world.

After receiving the Divya Agamas, Brahma, Rudra, and Indra composed their own versions.

This group written by humans is less authoritative and is used only if the other two groups are not available.

According to Vishamitra Samhita, a hundred crores of Pancharatra texts were there.

Now, only a minuscule part of this is available.

Vedic procedures are very elaborate with a large number of injunctions.

They could be practiced only by a limited number of people.

Pancharatra was meant for the common man.

The primary philosophies of the Pancharatra system are Samkhya, and Yoga.

There are four Siddhantas in Pancharatra but all of them assert that Narayana is Paramatma and moksha can be obtained only by worshiping him.

They differ only in the mode of worship.

In this, a single Devata is worshiped.

Along with this single Devata, his consorts, weapons, etc. are also worshiped.

Use of mantras, mandalas, mudras, and homas are prominent in this system.

In this, the chaturvyuha, Sankarshana, Vasudeva, Pradyumna, and Aniruddha are worshiped together.

All four are installed inside the sanctum and worshiped with equal importance.

In this, in addition to the chaturvyuha, Vishnu, Narayana, Hayagreeva, Varaha, and Narasimha are also worshiped.

The principal Devata is at the center and others are placed around him in the eight directions.

Mantras and procedures are given by Siddhas and are different from the Vedic.

In this, a devata with many faces is worshiped. 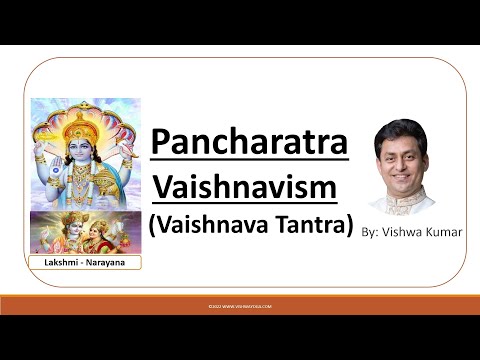 Video - Arati - ceremony according to Pancharatra-pradipa 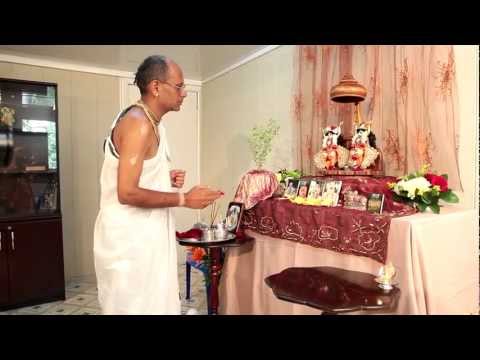 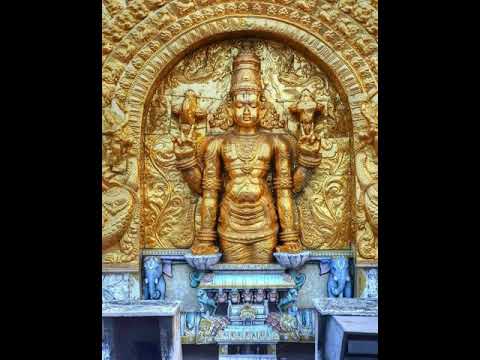