Where is Dwaraka located?

Which are the Char Dhams among which Dwaraka is one?

Which are the Sapta Puris?

What is the ancient name of Dwaraka?

What is the meaning of Dwaraka?

What are the other names of Dwaraka?

Who built the city of Dwaraka originally?

The city of Dwaraka was built originally by King Revata, a descendant of Vaivasvata Manu.

It was destroyed by Rakshasas.

It remained submerged and marshy for quite some time.

How did Krishna get the land to build Dwaraka?

While at Mathura, Krishna summoned Samudra Devata and said: I want to build a city.

Give me a hundred yojanas of land.

I will return it to you.

Why did Krishna move to Dwaraka?

When he attacked again, Krishna and Balarama decided to move to Dwaraka.

This was to avoid perpetual conflicts with Jarasandha.

Why is Krishna lovingly called Rancchod?

Krishna left Mathura in the middle of the 18th battle with Jarasandha.

Ranchhod means someone who abandoned battle.

Bhagavan foretells his stay in Dwaraka

Bhagavan told him: at the end of Dwapara yuga I will incarnate at Mathura.

I will destroy Kamsa and several other Asuras.

Then I will make Kushasthali into my dwelling place and call it Dwaraka.

I will kill the Narakasura, Mura, and Pitha there.

I will kill the king of Pragjyotishapura and get all his wealth to Dwaraka.

Then Bhagavan said:  I will achieve my goals.

Then, I will destroy all the great Yadavas of Dwaraka who are my relatives and return to my abode. (M.Bh.12.339)

Who built Dwaraka for Krishna?

Vishwakarma. Yakshas, Kushmandas, Danavas, and Brahma Rakshasas assisted him. Kunbera, Shiva, and Parvathy had sent their own ganas.

Garuda was with Vishwakarma throughout.

What kind of a city was Dwaraka?

In all three worlds, only a few cities were as great as Dwaraka.

It was great as Vaikuntha, beautiful and most desired by devotees.

Its area was a hundred yojanas.

Dwaraka was built with priceless gemstones brought from the Himalayas.

Timber was not used in the construction.

Each of Krishna's wives had her own palace with twenty rooms.

Huge palaces were built for King Ugrasena and Krishna’s father.

There were houses for all the Yadavas and quarters for their servants.

Auspicious trees were planted all over the place.

Who provided wealth to Dwaraka?

Shankha was one of the treasure keepers of Kubera.

Shankha filled the homes of Yadavas with wealth.

What was the name of the royal court of Dwaraka?

It was brought to Dwaraka by Vayudeva from Devaloka.

Who was the king of Dwaraka?

Who was the purohita of Dwaraka?

What is Bet Dwarka?

Bet Dwarka is a small island off the coast of Gujarat near Dwarka.

It is believed that Krishna used to live here.

What is another name for Bet Dwaraka?

Bet Dwaraka is a big source of conch shells.

Why is the culture of Mathura and Dwaraka similar?

Dwaraka was occupied by Yadavas who migrated there from Mathura.

Where did the wedding of Arjuna and Subhadra take place?

Arjuna and Duryodhana both approached Krishna seeking help for the war. Where was Krishna at that time?

At Somnath (Prabhasa tirtha), Krishna met Arjuna and brought him to Dwaraka.

They welcomed him with great respect.

Where did Arjuna meet Subhadra?

During a festival at Raivataka Mountain.

What is Raivataka Mountain called now?

Shishupala attacked Dwaraka once when Krishna was visiting Pragjyotishapura.

On Raivtaka Mountain, he attacked Ugrasena and killed several of his servants.

The rest of them were held captive by him.

Ashwamedha Yaga was being performed by Krishna's father.

Shishupala took away the horse.

At the time when Draupadi was being harassed in the Kaurava sabha, where was Krishna?

What was the name of Krishna’s kingdom of which Dwaraka was the capital?

Krishna was in Hastinpura at that time.

How well defended was Dwaraka

There were watchtowers in all directions.

Throughout the city, there were groups of soldiers.

Soldiers built trenches and tunnels all over Dwaraka.

They fought from there.

In the ground, poisonous nails were buried.

To prevent the enemy from moving freely, clamps were laid.

Provision was made to shoot down missile-like weapons.

Food and weapons were both in enough supply.

Dwaraka imposed a prohibition on liquor whenever a threat was perceived. (M.Bh.3.15)

Ashwatthama came to Krishna in Dwaraka.

He wanted to exchange his Brahmashira Astra with Krishna’s Sudarshana chakra.

Krishna said: take it, you don’t have to give me anything in return.

Despite his best efforts, Ashwatthama couldn't lift it from Krishna's hands.

Krishna asked him: Had you been able to get the Sudarshana chakra, how would you have used it?

Yadava youths stop the Ashwamedha horse of the Pandavas

The Yadava youngsters stopped it.

He met Arjuna, and offered him respects.

When did the destruction of Dwaraka happen?

Thirty-six years after the battle of Kurukshetra.

Which vamshas did the Yadavas comprise of?

How was Dwaraka destroyed?

Dwaraka was destroyed due to two curses - 1. From Gandhari. 2. From Rishis Vishwamitra, Kanva, and Narada.

Why Rishis cursed the Yadavas?

Yadavas played a prank on them.

Dressing up Samba, Krishna's son as a woman, they brought him to the Rishis and said: this is Babhru’s wife.

She is pregnant and hopes to have a son.

Would you be able to tell us what is inside her womb?

The Rishis got angry and cursed.

An iron rod will be born from this son of Krishna.

It will kill everyone except Krishna and Balarama.

Krishna will die from the arrow of a hunter called Jara and Balarama will leave his body and enter the sea. (M.Bh.16.1)

The battle of Kurukshetra ended.

Gandhari told Krishna: the Kuru Vamha was destroyed because of your neglect.

You did this deliberately.

Due to your neglect, the Pandavas and Kauravas fought each other.

Thirty-six years from now, you will be responsible for the destruction of your own vamsha.

Your relatives and well-wishers will kill each other.

What steps were taken to prevent the annihilation of the Yadavas?

An iron rod came out of Samba on the second day following the curse by the Rishis.

The Yadavas took it to King Ugrasena.

He ordered that the rod be pulverized into fine dust and thrown into the sea.

Yadavas had to stay alert.

The king ordered a complete prohibition of liquor in Dwaraka.

Krishna took all the adult Yadava men to Somnath. (M.Bh.16.2)

Before the destruction of Dwaraka, what were the bad omens seen there?

The Yadavas could see Yamaraja peeping into their homes.

There were rats all around.

When people slept, the rats bit off their nails and hair.

Spouses cheated on each other.

The flames of fire always turned to the left.

Planets and stars appeared to collide in the sky.

Where did the Yadavas of Dwaraka kill each other?

How were the Yadavas killed?

They were at Somnath and fully inebriated.

Kritavama and Satyaki fought over their actions during the Kurukshetra battle.

There was a type of grass called Eraka at that place.

Out of the iron rod powder that was thrown into the sea, they grew.

Krishna grabbed a handful of Eraka grass and it became a bunch of iron rods.

With those iron rods, Krishna killed all those who crossed his path.

When the other Yadavas saw this, they also picked up the grass which turned into iron rods. Using iron rods, they killed each other.

Who remained in Dwaraka after the Yadavas killed each other?

Balarama entered into samadhi after all the Yadavas killed each other.

A huge serpent (Adishesha) came out of his mouth and entered the sea.

All the Yadavas of Dwaraka killed each other, Krishna entered into samadhi and lied down.

A hunter by mistake shot an arrow at the Lord’s feet thinking it to be a deer.

When he saw the Lord, he became afraid.

Where was Krishna killed and cremated?

Whom did Vasudeva blame for the extermination of the Yadavas?

But he also said that it happened because of the curse of the Rishis and Gandhari.

Krishna didn’t try to protect them.

He didn’t want the curses of the Rishis and Gandhari to become ineffective. (M.Bh.16.6)

Who performed the last rites of Krishna and Balarama?

He also performed the last rites of Vasudeva and all the Yadavas who had killed each other.

How was Dwaraka submerged?

All those who remained in Dwaraka were being taken by Arjuna to Indraprastha.

While they continued to move out slowly, Dwaraka began to submerge in the sea. (M.Bh.16.7)

What happened to the women of Dwaraka?

Arjuna took the women, children, and old men who survived at Dwaraka to Indraprastha.

On the way, they camped at Panchanada.

The Abhira robbers attacked them there and took away a large number of women and valuables from them.

Whoever remained were housed in places such as Martikavata.

Some women accompanied Arjuna back to Indraprastha.

Wives of Akrura also went away to perform tapas. (M.Bh.16.7)

What is Dwarka Sharada Peetham?

This was for the propagation of Sanatana Dharma and Advaita Vedanta.

Dwarka Sharada Peetham is one among them.

Who is the present head of Dwarka Sharada Math?

Who was the first head of Dwarka Sharada Mutt?

Who constructed the Dhwarkadhish temple?

Which are the Panch Dwaraka temples?

Is Dwaraka submerged in water?

Yes. The Yadavas fought among themselves and killed each other. Krishna left for his divine abode. Arjuna took the remaining inhabitants out of Dwaraka. Then the sea swallowed Dwaraka.

In which ocean did Dwaraka sink? 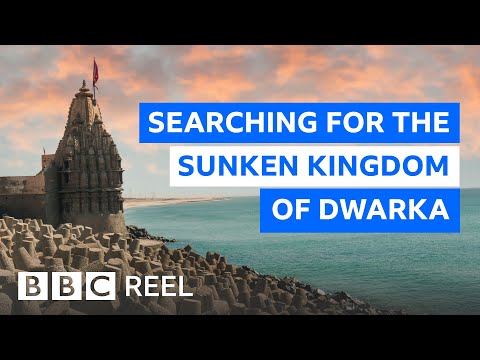 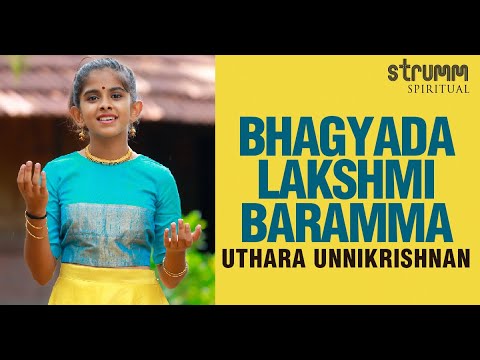 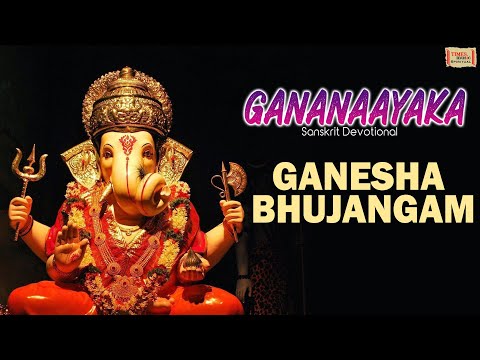