Nakula and Sahadeva were the youngest among the Pandavas in Mahabharata.

Their father was Pandu, and their mother was Madri.

Nakula and Sahadeva were incarnations of Ashwini Kumaras, the divine physicians.

Kunti was given a mantra by Sage Durvasa.

With that mantra, she could call any Deva and get blessed to get a child.

Kunti called Dharmaraja, Vayu, and Indra and they blessed her with Yudhishtira, Bhima, and Indra respectively.

Then Pandu asked Kunti to get children for his second wife Madri as well.

Kunti called Madri and told her to think about any Deva.

They came and blessed her with Nakula and Sahadeva.

Between the twins, Nakula was the elder one.

The Pandavas were incarnations of these Devas who came to earth to assist Lord Krishna in eliminating evil and re-establishing dharma.

The union of the Devas with Kunti and Madri were in the yogic plane and not physical. 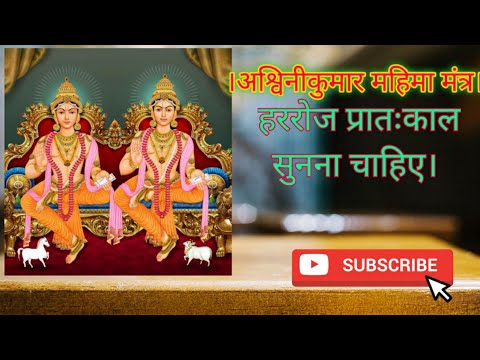 Son of Nakula and Draupadi

In addition to Draupadi who was the common wife of the Pandavas, Nakula also married Karenumati (करेणुमती), the princess of Chedi.

After they established themselves at Indraprastha, the Pandavas conducted a Rajasuya yaga.

Rajasuya involves subjugating other kingdoms and making them to pay tax.

Military expeditions are conducted in all directions for this.

Nakula conquered the kingdoms to the west of Indraprastha.

As Nakula moved towards the west with his army, the earth trembled due to their lion-like roars and the rumbling of the wheels of their chariots.

In Madra, he was welcomed and offered gifts by his uncle Shalya (Madri's brother).

It is clear that Nakula's digvijaya yatra extended up to the Red Sea and the Mediterranean covering territories including Iran (Madra) and Greece (Yavana).

Nakula brought back to Indraprastha 10,000 camel loads of wealth after his conquest of the West.

During his lamenting in front of Sanjaya at the end of the war, Dhritarashtra says: I had lost all hopes of winning the war when I heard that Madri's son Nakula turned out to be as powerful as Ashwatthama.

He kept on taking his chariot in circles around Ashwatthama single-handedly.

Sanjaya once speaks about the six qualities of Nakula: Respect for elders, not going around speaking his opinions and intentions, humility, self-control, radiantly handsome, courage.

Bhishma to Sanjaya on Nakula and Sahadeva: They are as powerful as Indra.

Nobody can defeat them in battle.

They are very skillful with weapons.

Their hands are light.

They can shoot arrows to great distances.

Their minds are steady.

They are vengeful and full of anger.

They are as strong as lions and have got tremendous energy.

Nakula vows to destory the Kauravas

After being cheated at the game of dice, Nakula had vowed:  I will kill all these Kauravas who have insulted Draupadi.

They wanted to please Duryodhana.

I will remember what all they said in this sabha and eliminate them.

There will not be a single son of Dhritarashtra left on the surface of the earth.

During the vanavasa, Jayadratha tried to abduct Draupadi.

A terrible battle took place between the Pandavas and Jayadratha's army.

During this battle, Nakula went on beheading the enemy soldiers.

Kshemankara and Mahamukha attacked Nakula and showered arrows upon him from both sides.

Nakula killed them both.

Nakula cut off the head, trunk, and tusks of the elephant and got out.

Nakula dies and comes back alive

In the episode of the Yaksha-prashna, Nakula was the first one to go to the lake.

His life was taken by the Yaksha along with the other three brothers.

Yudhishtira later brought them back to life after answering the questions of the Yaksha.

Nakula had sound knowledge about horses.

He was fond of horses and was a good horse trainer as well.

He could sense every mood of horses and bring under control the most untamable ones.

That's why he took up the job of the horse-keeper of King Virata while living incognito for one year.

It was Nakula who hid Pandavas' weapons on top of a tree in a cremation ground before entering into ajnatavasa.

Nakula in the battle of Kurukshetra

After the Pandavas regained their kingdm, and Yudhishtira became the king, Nakula was given the duties of supervision of military resources and management of military manpower.

Nakula was given the palace of Durmarshana.

Nakula learns about the origin of the sword from Bhishma

While Bhishma Pitamaha was on the bed of arrows Nakula went and asked him about how the sword came into existence.

Bhishma said: The sword was first revealed by Brahma during a yaga which great Rishis were conducting.

At that time, it was a living creature; tall, lean, dark, and with sharp teeth.

There were flames coming out of it.

Brahma named it Asi and said it was meant for the protection of the world.

Then it transformed itself into the gleaming weapon with a sharp edge.

It was first given to Rudra.

When Rudra took it in his hand, it grew and touched the sky.

Flames were coming out of its mouth.

Rudra started whirling the sword looking for an enemy to fight.

After destroying Asuras, Rudra gave the sword to Vishnu who in turn gave it to Marichi.

From Marichi, the Maharshis got it and from him the Lokapalakas.

The Lokapalakas gave it Manu, the first-ever king.

They told Manu that the sword had dharma in its womb.

It should be used to punish those who do evil and to protect the innocent.

All punishments in the world are different forms of the sword only.

From Manu, the sword came down through a series of gurus and shishyas up to the Pandavas.

The Pandavas got the sword from Kripacharya.

The sword came into existence on a Krittika Nakshatra day and its lord is Agni.

Nakula's fall during ascend to Swarga

As the Pandavas started climbing Mount Meru in a state of dhyana, it was Draupadi who fell first, after her Sahadeva.

Draupadi fell because of her bias for Arjuna.

Sahadeva fell because of his pride in his own intelligence.

Nakula fell because he thought none was equal to him in physical beauty.

But ultimately Nakula and Sahadeva being incarnations of Ashwini Kumaras went back to Swargaloka.

Ramayana - story of Rama or Seetha?