Is kanyadanam a symbol of male chauvinism? Never

In Shiva Purana, we have been seeing the importance of place, time, and quality of recipients when offering something as dana.

Click below to watch video on Types of Shiva Lingas 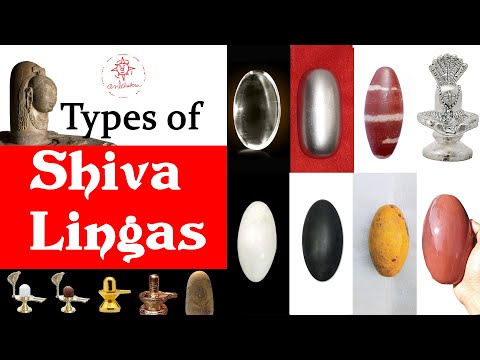 We have seen that those who accept dana as a profession out of compulsion, as livelihood, if giving to them will get ten years of comfort on earth, compared to that, giving to someone who has learned Veda and who chants Veda mantras on an ongoing basis, giving to him would get ten divine years of comfort in swarga, that’s ten thousand human years in swarga.

That too, if he has done 24 lacs of japa of Gayatri mantra, then ten divine years of stay in satya loka, the highest of all punya lokas.

If the eligible recipient is a Vishnu bhakta, then the giver will go to Vaikuntha.

If he is a Shiva bhakta then Kailasa.

There is something called dashanga anna dana, anna dana with ten steps.

This is not the general anna dana.

In this, a Vedic scholar only is offered bhojana.

The ten steps are -

If you do this with a single brahmin on a Sunday, then you get ten years of healthy life in paraloka.

If you do this with ten brahmins on a Sunday, then a hundred years of healthy living in paraloka.

We have already seen that every day of the week has certain specific qualities associated with it.

If you do dashanga anna dana on any day you will get the benefit associated with that day.

Sunday is associated with health, that's why dashanga anna dana on Sunday gives health in paraloka.

Like this Monday, wealth, meaning ten years of wealthy living in paraloka if you feed one person on Monday.

Feed one person, get benefit for ten years.

It goes on like that, feed ten, get benefit for a hundred years.

Another thing you have to understand here, it is not brahmin as a caste.

It is about the Veda that resides inside him.

You get benefit when Veda resides inside that person and the energy that the food gives, he will use for chanting and other dharmik activities.

Janma matra brahmana, brahmin only by birth will have some quality in him inherited because of the good deeds his predecessors have done, which goes down upto fourteen generations through the thread which is the beeja, sperm, Which runs down generations, as I have explained elsewhere.

Your present body has in it 7 generations including six before you, that's what your body is made up of.

That single sperm that has grown into your body had in it prints or parts of six generations before that also.

If you want intelligence, feed children and dedicate it to Brahma.

If you want progeny, feed youngsters and dedicate it to Vishnu.

If you want spiritual knowledge, feed the elderly and dedicate it to Rudra.

If you want wisdom, power of discretion, feed young girls and dedicate it to Saraswathy.

If you want wealth, feed girls in their teens or in their twenties.

If you want emancipation of atma, then feed elderly women and dedicate it to Parvathy Devi.

In the month of Chaitra, godana is highly beneficial.

When you do godana, make sure that the milk will be used for doing abhisheka or preparing naivedya for bhagawan.

Or it will be used by students of Vedic gurukul.

See, the energy from that milk will be used for the chanting of Vedas, that's the whole point.

Today, we have this godana for namesake.

Someone will bring a cow for a fixed cost, make you do the ritual and then take it back after collecting the money.

The same cow goes from house to house for this.

It will not get you any benefit.

The milk should be actually put for divine use, then only it helps.

If you can't find such a place or a person, then donate towards a goshala where the milk is put for divine use.

Not to commercial dairy farms.

Places where it will be used for divine purpose exclusively.

Go-samrakshana is different, taking care of cows, feeding them is always good, irrespective of whether it is a commercial farm or not.

Godana, the principle is different.

Godana gets rid of sins of all three levels - physical, mental, and verbal and also strengthens whatever you do with your body, mind and words.

If you want position and support of powerful people here and hereafter, do bhumi dana in the month of Vaishakha.

Dana of tila in the lunar month Jyeshta is very auspicious.

It increases your strength and power - physical, mental, monetary and also would ward off untimely death.

Do dana of gold in the month Ashada if you have poor appetite and digestion.

Dana of ghee in the month of Shravana will give pushti, progress, and stability.

Giving away clothes during Bhadrapada will give long life.

Doing dana of grains - rice, wheat, barley in the month of Ashwina will get you abundance of wealth and also food.

Dana of jaggery in the month of Karthik would get you a constant supply of delicious food.

If someone is suffering from a defect in semen like low sperm count or motility issues, he should do dana of silver in the month of Margashirsha.

In the month of Paushya dana of salt also would assure tasty food, always.

In the month of Magha, dana of white pumpkin, kushmanda will get you prosperity and progress and in the Phalguna doing kanya dana is very very auspicious.

Once, a girl asked me - “Are we some kind of objects to be given away in dana? Isn't this male chauvinism?”

That’s because you don't understand the concept of kanya dana.

A man can not live a virtuous life, observe dharma alone.

To equip an eligible bachelor with a sahadharmini, a patni so that together they can set out on the path of virtuous living is kanya dana.

What better, a meritorious deed can the parents of a girl do.

They together are going to worship the gods, forefathers, feed the needy, take care of plants, animals, birds, nature, and constantly learn and increase knowledge.

This is virtuous living.

Kanya dana is the starting point of this virtuous living.

Giving gomatha in dana doesn't make her any inferior, rather it brings to attention her glory.

Same with others also we discussed here.

Which month is auspicious for Godana?
Click here to try more questions Which Danam Is the Best?