Bhima is famous for his power equal to 10,000 elephants. Let’s see how he got such power.

As boys, the Pandavas and Kauravas were on an outing on the banks of Ganga.

There was a beautifully landscaped garden where they played.

The cousins put delicacies they had brought from the palace into each other's mouths.

At that time, Duryodhana gave Bhima a lethal poison called Kalakoota mixed in something.

Then they all played in the water.

By evening everyone was tired.

They thought of spending the night there itself.

As they all lied down to sleep, Duryodhana realized that Bhima was taken over by the effect of poison.

He tied up Bhima with creepers and shoved him into Ganga.

How Bhima developed the strength of 10,000 elephants

After being drowned in Ganga in an unconscious state, Bhima reached Nagaloka.

Several Nagas bit him, thinking he was an enemy.

The poison of the Nagas worked as anti-venom to the poison that Duryodhana gave.

Bhima woke up, untied himself, started catching hold of the Nagas, and smashing them on the ground.

Vasuki, the king of nagas came to know about this and came down.

A senior Naga called Aryaka recognized Bhima to be his grandson’s grandson.

Vasuki offered Bhima a lot of gold and gems.

Aryaka suggested that Bhima be allowed to drink the potion from the kundas in Nagaloka each of which can give the strength of 1000 elephants to the drinker.

Bhima consumed the potion from all the kundas and slept off for seven days to digest them.

On the eighth day when he woke up.

The Nagas told Bhima that he had become as strong as 10,000 elephants and nobody would be able to defeat him.

The Nagas brought him back and left him at the same garden.

After returning to the palace, Bhima told everyone what happened.

Duryodhana tried to poison Bhima once again by mixing Kalakoota in food.

In spite of that Bhima ate that poisoned food and digested it.

Nothing happened to him. 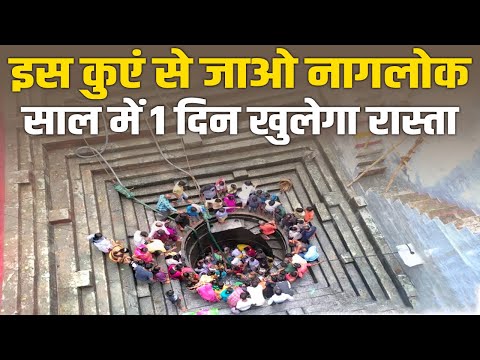