Arundhati was the wife of Vasishta Maharshi.

She was one of the greatest among pativratas.

In every aspect, Arundhati is considered a perfect woman.

She was tolerant, polite, kind, and knowledgeable.

She has been a role model for Indian women.

In Vedic marriage, Arundhati darshan is an important part.

The newlywed couple looks at the Arundhati star in the sky on the evening of marriage.

Having her darshan itself would bring fidelity and trust in the married life.

She is in the sky in the Saptarshi Mandala by the side of her husband Vasishta.

They had a perfect married life.

Even as a child, she would never deviate from righteousness.

That’s why she got the name Arundhati.

Medhatithi’s ashrama was on the banks of the river Chandrabhaga.

At the young age of 5, Arundhati purified the entire Tapasaranya by her mere presence.

He told the sage to get Arundhati to acquire knowledge from Devis.

Savitri Devi along with Bahula (Gaumata) was going to Manasa Parvata at that time.

They took Arundhati along.

There the five mothers of the world, Savitri, Gayatri, Saraswati, Bahula, and Drupada were getting together to discuss various aspects of dharma.

They accepted Arundhati as their disciple.

She learned from them for seven years.

The Devis had told Medhatithi: your daughter is already blessed.

She is an incarnation of Brahma’s Manasa-putri.

Lord Vishnu has blessed her after seeing his keenness about observing dharma.

After seven years of learning, Savitri Devi said that it was time to get Arundhati married.

Sage Vashishta was to be her husband.

During the Kanyadana of Arundhati, the water poured through the palms became the seven holy rivers such as Sarayu, Gomati, and Shipra.

Arundhati and Vasishta set up their ashrama on the foothills of the Himalayas.

Agni Deva has got two wives: Swaha and Swadha.

Once, Swaha Devi tried to assume the form of Arundhati.

She tried many times but failed.

Later, she apologized to Arundhati and admitted that nobody can be her equal.

Swaha Devi also blessed that anyone who remembers Arundhati during pani grahana will have all fortunes in married life.

Arundhati was a rebirth of Sandhya Devi, Brahma’s Manasa-putri.

It was the time of creation.

The moral values and rules were not yet in place.

Sandhya was born from Brahma’s mind; he just thought and she manifested.

She didn’t have a mother.

As soon as Brahma saw her, kama vasana came to his mind.

Sandhya also felt attracted towards him.

But instantly she became aware of this and felt ashamed.

She wanted to purify herself by offering her body in Agni.

But instead of that, she started observing tapas.

She wanted to bring in a rule that kama vasana should come to a child only after a few years from birth; when there is maturity and self-control.

To achieve this, she observed tapas on the mountain called Chandrabhaga.

Once, Vasishta came there.

He enquired who she was.

She told him her origin and also the purpose of the tapas.

Vasishta gave her deeksha of the mantra ‘Om Namo Bhagavate Vasudevaya’ and also taught her how to do tapas properly.

She did tapas for an entire chaturyuga (4.32 million years).

Sriman Narayana appeared before her.

She asked for three boons:

Hereafter, kama vasana will appear in the body only at the onset of Youvana or in some rare cases, towards the end of Kaumara.

You will become the most celebrated pativrata in your next birth and your married life with Vasishta shall be exemplary.

She advised even the Devas on dharma

They wanted to clear some doubts they had about dharma.

Arundhati was going out to fetch water from the river.

She said: I’ll get the water and then we can discuss.

The Devas said: we can fill your pot with our power.

You don’t have to go all the way.

Surya tried to fill the pot; will all his power, only a quarter of the pot was filled.

After that, Indra and Agni tried; they could also fill only a quarter each,

One-fourth of the pot was still empty.

They started discussing dharma with Arundhati.

Once all their doubts were cleared by Arundhati, the pot filled to its brim by itself.

Symbolically, this showed that her knowledge about dharma was full and complete.

Even Lord Rama offered her pranamas

Vasishta was the Rajaguru of Ayodhya.

For Lord Rama, Arundhati was his Gurupatni.

The status of Gurupatni is equal to the mother.

Lord Rama and Seetha matha used to bow before Arundhati and seek her blessings.

Once, when Saptarshis were staying in the Himalayas, there was a severe drought.

When the Lord appeared before her, she didn’t have anything to offer him.

She gathered some roots and cooked naivedya with them.

The Lord was pleased. 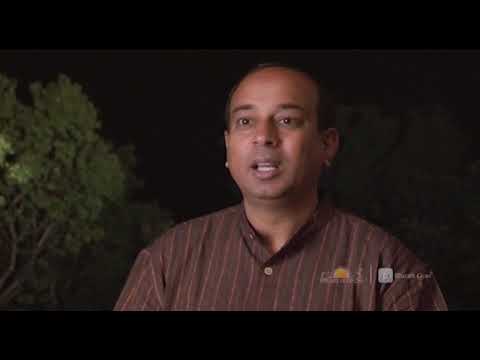 An Easy Way To Learn To See God