It is one among the 108 Divya Desams of Sri Vaishnavas.

The moolavar of this temple is Pandava Dhootha Perumal and Thayars are Rukmini and Satyabama.

Perumal is 25 ft. tall and is in a sitting posture.

This is his Vishwaroopam.

Tiruppadagam means the place where he shows his big form (Vishwaroopam).

Before the Kurukshetra war, Perumal had gone to Hastinapura as the emissary of the Pandavas to negotiate a peaceful settlement.

Duryodhana, out of his evil mind, wanted to kill Perumal.

He dug a pit in the court, laid a carpet on top of it, and kept a simhasana for Sri Krishna Perumal there.

Wrestlers were kept ready at the bottom of the pit.

The idea was to kill Perumal when he would collapse into the pit.

But when Perumal sat on the simhasana, he assumed his Vishwaroopam.

He destroyed the wrestlers waiting in the pit.

Everyone stood up and started chanting the Ashtakshara Mantra.

Duryodhana and his accomplices trembled in fear.

Even blind Dhritarashtra could get his darshanam.

Dhritarashtra then prayed to Perumal to make him blind again; he didn’t want to see anything else with the eyes with which he had seen Bhagawan.

Later, Pandava successor king Janamejaya and Sage Harita wanted to get darshanam of Perumal in the form which he had assumed in the Kaurava court.

Kulottunga cholan had undertaken many construction works in this temple.

During the rulership of Kulothunga Chola Deva - I, a garden was developed.

Rajadhiraja - II gifted 32 cows for providing ghee for the perpetual lamp at the temple.

Kunti was with Vidura after the Pandavas went on exile.

Perumal convinced Kunti to talk to Karna and dissuade him from the war since the Pandavas were his brothers.

A part of the kingdom rightfully belonged to the Pandavas.

Now that they have come back after 13 years of exile, it should be returned to them.

Panadavas were cheated; the game of dice was fixed between Yudhishtira and Duryodhana but Shakuni played for the Kauravas.

Dishonoring Draupadi in the open court brought disgrace to the entire Kuru Vamsha.

Even though Dhritarashtra restored the original status at the end of the game, Duryodhana was bent upon banishing the Pandavas.

He invited Yudhishtira for a second game.

The Pandavas were cheated again.

A majority were in favor of Lord Krishna’s suggestion for peace.

He argued: Being the elder son, the entire kingdom belonged to Dhritarashtra.

Pandu became king only because Dhritarashtra was blind.

Duryodhana was not blind and he was capable of ruling.

So he should inherit the entire kingdom.

It was just a stop-gap arrangement with Pandu.

Krishna Perumal tried to persuade Duryodhana to give the Pandavas at least five villages (one each) so that they at least could survive.

Those born in Rohini Nakshatra are particularly benefited by praying to Pandava Thoothar Perumal.

Rohini Devi had worshiped Perumal to get Chandra Deva as her husband. 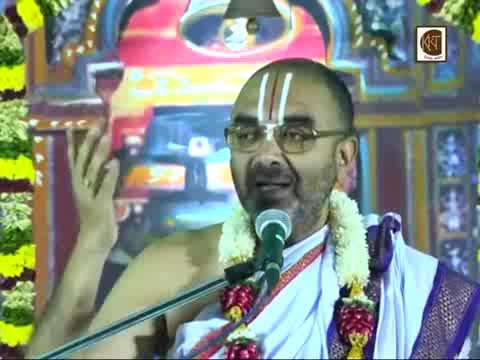