Listen to the above audio to understand who is greater - Indra or Varuna?

Many Rishis Consider Indra And Varuna As Equals

We saw how the Asuras under Vrishakapi organized a Sautramani yaga at Balkh in which Indra was invited and insulted.

The scholars turned into two camps and started debating as to who is superior, Indra or Varuna.

Encouraged by this Indra declared war upon the Asuras then and there and killed 150 of them.

But the dispute still continued.

Instead of two, three schools of thought emerged.

Since the Sautramani yaga at Balkh had failed, Indra was insulted there, it was decided that another Somayaga should be held in the honor of Indra alone.

A rishi called Hiranyagarbha was invited to officiate this Somayaga.

This Hiranyagarbha was the grandson of Viswamitra.

Again the dispute came up at the venue of this yaga as to who is superior,  Indra or Varuna.

Sage Hiranyagarbha declared that there is someone above both of them.

Whom should we make offerings to?

These mantras assert that the very first Prajapati, Hiranyagarbha is above both Indra and Varuna.

Varuna and Indra coexist within Hiranyagarbha.

And they are equally important.

Varuna is the water element and Indra is the fire element, Soma and Agni.

Agneeshomeeyam jagat,  and the whole universe is a perpetual interplay of these two elements.

So Sage Hiranyagarbha refused to make offerings neither to Indra nor to Varuna.

At that time Vasishta was called in.

Vasishta used to be an ally of Varuna.

Earlier, during the Viswamitra episode, Varuna had helped Vasishta.

But this time, due to the impropriety that happened at Balkh during the Sautramani yaga,Varuna took Indra's side and made offerings to Indra.

When Varuna heard about this, he was offended and he imprisoned Vasishta.

The 86th sukta of the 7th mandala of Rigveda is about this.

Vasishta tries to reason with Varuna.

Whatever I have done based on genuine knowledge can not be a sin.

Only acts such as gambling, drinking, and also laziness, anger - these are sins.

It is from such mantras that Dharma shastra develops.

Once he was released from captivity, Vasishta took a stand that Indra and Varuna are equals.

Even Sages, Medhatithi and Vamadeva took this stand.

Ultimately Bharata Varsha got divided into the east of Sindhu and west of Sindhu.

Vasishta, being friendly to both, established his ashrama right at the middle, on the banks of Sindhu.

Click below to watch Puranic Geography of Bharata Varsha Part 1 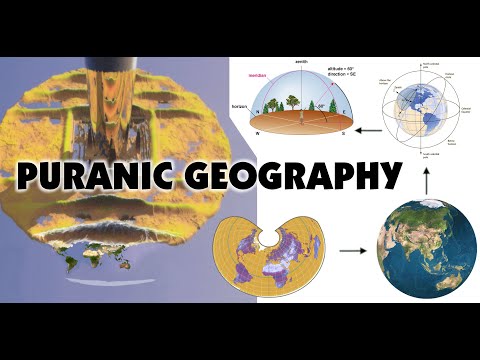 Click below to watch Puranic Geography of Bharata Varsha - Part 2 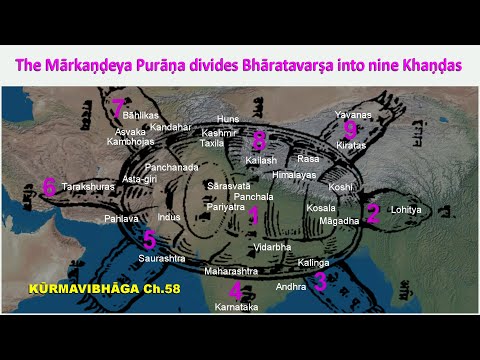 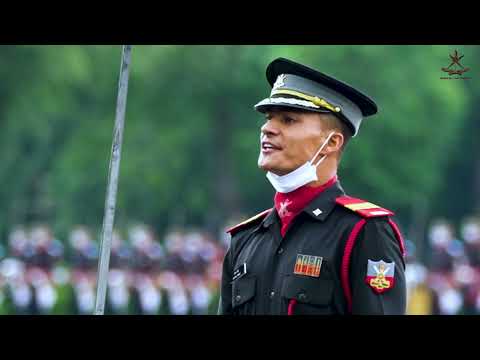 The Puranic Geography Of Bharata Varsha