How To Increase Your Bhakti?

Today, we will look at what divya nama Vishwayonii means and also what you can do to further your bhakti. From -  रुद्रो बहु-शिरा बभ्रु: विश्वयोनिः शुचि-श्रवाः of Vishnu Sahasranama. Vishwayoni – विश्वस्य कारणत्वात् yoni.  Origin of the universe.  Yoni means karanam, cause. Everything that is there in the universe, they have all come out of him. He is the yoni, the origin of ....

Today, we will look at what divya nama Vishwayonii means and also what you can do to further your bhakti.

Origin of the universe.

Everything that is there in the universe, they have all come out of him.

He is the yoni, the origin of everything.

Creation is a process of mixing.

Nothing can exist unless you mix the Pancha bhutas together.

Take the human body for example.

It has solids, liquid, gas, energy, and it occupies space.

When someone dies, they all separate from each other and become independent.

After that, the body no longer exists.

For any object or being to exist, its components have to be mixed together in the right proportion.

To have tasty payasam - milk, rice, and sugar have to be mixed together in the right proportion and cooked.

If you keep them in three separate vessels, it won't become payasam.

Who does this mixing?

He decides in what proportion the ingredients, and the components should be mixed in everything, he implements it, and he also makes sure that it remains that way.

That is why he is called Vishawayoni.

Because of this mixing, he is called Vishwayoni.

Anybody in the whole world who desires him can approach him and mix with him, interact with him, and lose his individuality by mixing into him, merging with him.

What is it that a devotee should do to increase bhakti?

There is a Vedic principle -

What is around you is what goes inside you.

What is inside you is what you spread around.

It is the air that is around you that you breathe in.

Regardless of whether it is fresh or polluted.

In Delhi, you won't be able to breathe in the fresh air from a distant mountain.

You can only imagine.

In the same way, if you have goodness inside you, then you also spread it around.

A child who was raised among thieves will only be able to teach others to steal effectively.

What is the goal of the devotee?

To stay absorbed in Bhagawan.

Because nothing else is worth it.

Everything else is a distraction, a waste of time.

It's a short life.

Make the best out of it.

The best thing you can do with your life is to stay absorbed in Bhagawan.

For that, whatever goes inside you through your eyes, ears, and nose - Bhagawan must be a part of all of them.

Make sure that you have something related to Bhagawan everywhere you look: at your home, at work, in your car, wherever, his photos, idols,

Listen to his music, his songs.

This is about taking in.

Whatever you do, your actions, what you do with your body.

Decorate his photo, idol, do puja.

Keep your body occupied with all things related to Bhagawan.

So that your body does not do anything else, anything that is inferior.

Don’t allow your body to do anything inferior.

If you have to walk, walk to his temple.

Bhagawan should be at the end of everything you do.

If you have to speak, speak about Bhagawan.

If you have to be with someone, be with his devotees.

If you have to be on a social media group, be in one which discusses his glory, his greatness.

All outward actions should be directed to Bhagawan.

Anything that you take inside, let them all be related to Bhagawan. 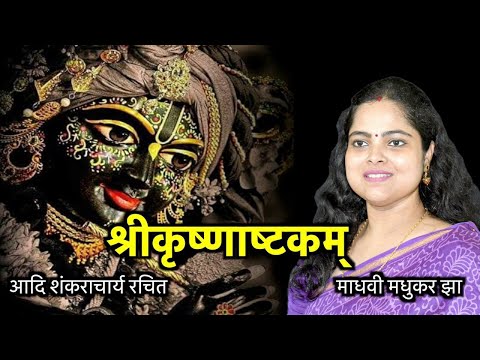