Listen to the above audio to learn how Hanumanji smartly turned Devi against Ravana.

If you see Ramayana, most of the special situations were handled by Hanumanji - searching for Seetha Matha, giving Ravana and Lanka the first taste of the Lord's power, reviving Lakshmana, rescuing the Lord and Lakshmana from Ahi Ravana. 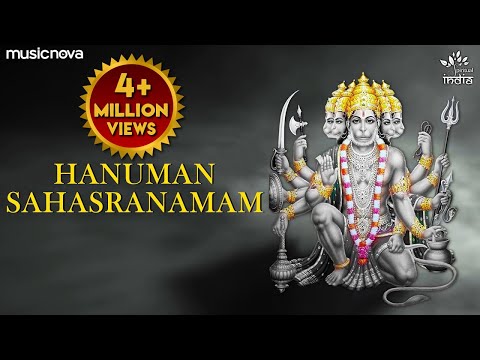 Ravana was alone, all his commanders, even Meghanada and Kumbhakarna were dead.

Only ordinary soldiers were there.

He decided to do Sahasra Chandee Patha, chanting of Saptashati in a special way.

It is called Samputeekarana Parayana.

Before and at the end of each verse of Saptashati, the Kalaratri mantra is chanted.

Kalaratri is a very ferocious Devata.

Ravana is seeking the help of Kalaratri.

She is the Devata of pralaya, of destruction.

Durga Saptashati itself is very powerful.

When you do Samputeekarna Parayana, it becomes even more lethal.

This way it was going to be chanted 1000 times.

Ravana had so many Brahmin purohits in Lanka who were meant for such things.

Vibhishana said: if Ravana completes the Sahasra Chandee Patha, then nobody will be able to touch him.

The task of obstructing it again came upon Hanumanji.

Hanumanji disguised himself as a Brahmin and went to the place where the purohitas were doing the chanting.

He started serving them.

Getting them whatever they wanted, getting them water, drying their wet clothes, with a lot of respect.

The purohitas had never seen respect in Ravana’s Lanka.

He used to treat them like servants, ordering them around.

When they saw someone treating them with respect for the first time ever, they felt love and affection towards Hanumanji.

They asked Hanumanji: you are doing so much for us, what do you want in return?

Hanumanji told them: will you promise me that you would do whatever I ask for?

They said if it is possible for us, we will do it.

Then the mantra of Kalaratri that you are chanting, will you slightly modify it?

What does this mean?

आर्तिकारिणी is addressing Devi to cause troubles.

Asking Devi to cause trouble for himself.

The purohitas knew what they were going to do.

But they wanted to be with the Lord in this battle.

They were not in Lanka out of their free choice.

They were there because they feared Ravana.

And they didn’t want Ravana to win.

Hanumanji gave them the idea and they readily went for it.

When the Sahasra Chandee got completed, that led to the death of Ravana. 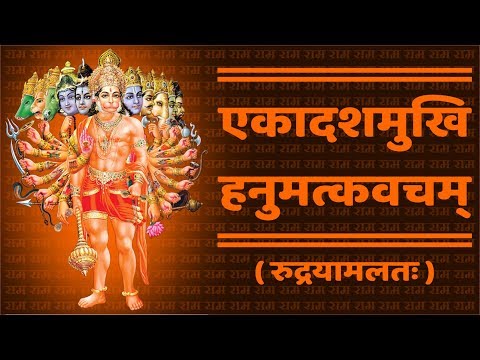 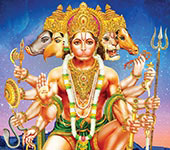 Why Did Hanumanji Tear Open His Own Chest?