The traditional virtues of a devout Hindu are brought together as indicating a "godly" state of life. The asuras are clever and energetic but suffer from an exaggerated egoism and have no moral scruples or spiritual aims.

The Nature of the Demoniac

There are two types of beings created in the world--the divine and the demoniac. The divine has been described at length. Hear from me, O Pārtha (Arjuna), about the demoniac.

The demoniac do not know about the way of action or the way of renunciation. Neither purity, nor good conduct, nor truth is found in them.

They say that the world is unreal, without a basis, without a Lord, not brought about in regular causal sequence, caused by desire, in short, Isvara conforms to a settled order, where things proceed from others according to law and the materialists deny the order in the world and hold that things arise any how. They believe that there is no regular succession and that the world is there only for the sake of enjoyment.

"This is the view of the Lokāyatikas that sexual passion is the sole cause of all living creatures." Holding fast to this view, these lost souls of feeble understanding, of cruel deeds, rise up as the enemies of the world for its destruction.

Giving themselves up to insatiable desire, full of hypocrisy, excessive pride and arrogance, and holding wrong views through delusion, they act with impure resolves.

Obsessed with innumerable cares which would end only with (their) death, looking upon the gratification of desires as their highest aim, assured that this is all.

This is the materialist doctrine that asks us to eat, drink and be merry, for death is certain and there is nothing beyond. 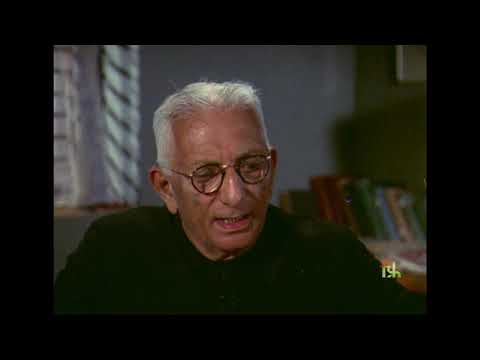