Click below to listen to the Contemporary relevance of Arthashastra 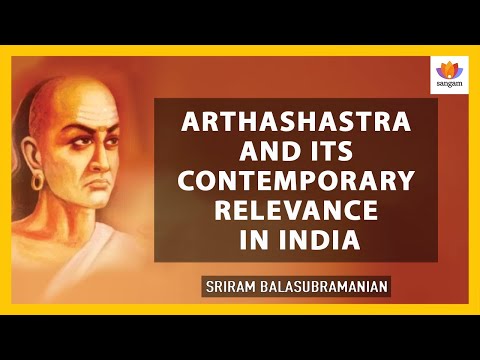 What do you mean by Arthashastra?
Arthashastra is a book written by Kautilya (Chanakya) about administration, economic policy, and military strategy. It was written in the 3rd century BCE. Kautilya was the guru of Chandragupta Maurya. The book deals with 180 topics in 150 chapters. The topics include - the need for law and government, the roles of kings and officials, how checks should be maintained on administration, causes of poverty, causes of unrest, the judicial system, laws of marriage, forests and wildlife, manufacturing, mining, war and peace, spying, propaganda, and taxation.

Why is Arthashastra so famous?
Arthashastra is a vast and in-depth treatise on statecraft, warcraft, and economics. The Mauryan empire extending from the middle east up to Bengal was created based on the principles of Arthashastra. It has a lot of contemporary relevance even though it was written nearly 25 centuries ago. Many of our statesmen and policymakers have been inspired by and drawn ideas from the Arthashastra.

Who was the disciple and patron of Kautilya?
Click here to try more questions

The importance of focusing