He was like a brother to Lord Krishna’s father Vasudeva.

Krishna respected him as a reliable advisor.

Akrura was an ardent devotee of Krishna.

It was Akrura who brought Krishna and Balarama to Mathura from Vrindavan upon Kamsa’s instruction.

Akrura’s father was Shwaphalka who was a member of Kamsa’s court.

His mother was Gandini.

Kamsa realized that his nephew Krishna who had taken birth to kill him was growing up in Vrindavan.

He sent demons there many times to destroy Krishna.

Then he hatched another plot.

Kamsa had a Dhanush (bow) given to him by Lord Shiva.

Shiva had told Kamsa that only someone who breaks the bow would be able to kill him.

Kamsa organized an event in which warriors from all over could try to break the bow.

Krishna and Balarama were to be invited to participate in this event.

There the plan was to kill them both using powerful wrestlers.

Kamsa knew about the mutual affection between Krishna and Akrura.

He sent Akrura as his messenger to Krishna with the invitation to the competition.

The Lord and his family were staying at Nandgaon at that time.

Akrura felt blessed to get darshan of Bhagawan.

As he reached Vrindavan, Akrura could see the footprints of the Lord.

He was so excited that he got down from the chariot and started rolling on the ground where he found the footprints.

He proceeded further and saw Krishna and Balarama.

The Lord embraced Akrura and took him home.

The next day Krishna and Balarama accompanied Akrura to Mathura in his chariot.

On the way, they stopped near the river Yamuna.

With Krishna and Balarama seated in the chariot, Akrura went to the river.

He could see the Lord’s image in the river water seated on Adishesha (Balarama).

When he looked back, the Lord was still in the chariot smiling at him.

He looked again into the river.

The Lord was there in the river itself.

That’s when Akrura realized that Krishna is none other than the omnipresent Paramatma.

As soon as they reached Mathura, Akrura wanted to take the Lord to his home first.

But the Lord said: I will first kill Kamsa and then only come to your place.

There was no limit to Akrura’s happiness.

It was Akrura who informed Krishna after his visit to Hastinapur about the injustice perpetrated by the Kauravas upon Pandavas.

Akrura was such a noble person that wherever he stayed, that place became prosperous and trouble-free.

Moreover, Akrura had the Syamantaka gem with him.

When Krishna relocated to Dwaraka from Mathura, Akrura also accompanied them.

Once, for some reason, Akrura had to travel out of Dwaraka.

During that period, the people of Dwaraka suffered a lot.

The Lord asked Akrura to come back immediately.

The Lord took Akrura along with him when he returned to Vaikuntha.

Video - The Prayers of Akrura 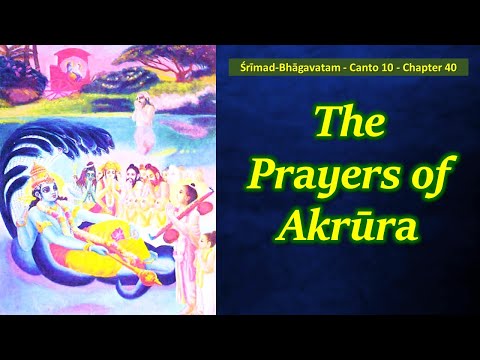 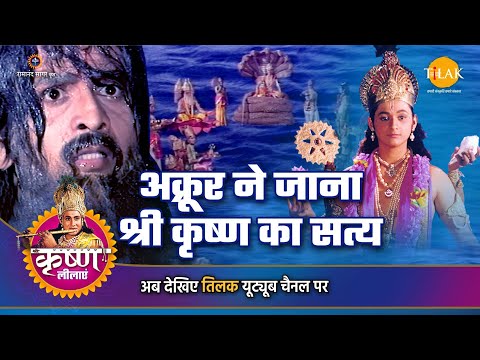 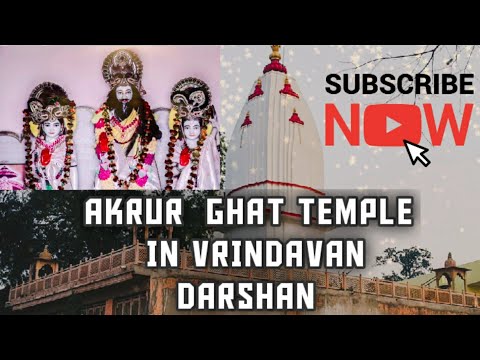 Who was Kamsa in his previous birth?