When is Puthandu celebrated?

Tamil Puthandu is celebrated on the first day of Chithirai month.

This coincides mostly with either the 13th or 14th of April. 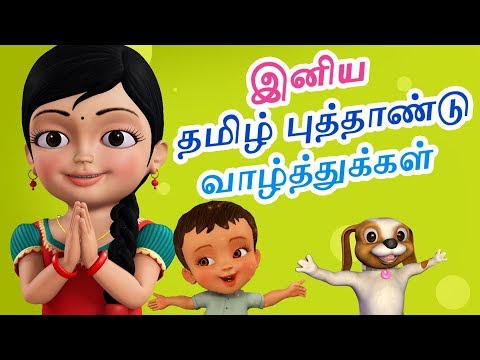 What is the astrological significance of Tamil Puthandu?

Sun travels through the 12 zodiac signs in a year's time.

Sun stays in one sign for about a month.

Puthandu stands for the day when the Sun completes an entire cycle of 12 signs and reenters the first sign, ie. Mesha (Aries).

This day is also known as Chaitra Vishu.

Why Mesha (Aries) is considered the beginning sign of the zodiac?

As per Vedic Astronomy, at the time of creation, all the planets were together at 0 degrees of Mesha Rashi.

Hence Mesha Rashi is considered the first sign of the zodiac.

A tray with auspicious stuff like gold, silver, coins, grains, fruits, mirror, etc., is kept ready on the previous night.

As soon as one opens eyes on Puthandu morning, this should be looked at first.

This is expected to bring good luck.

This is the time the Margosa tree blossoms.

Traditionally, the area under the Margosa tree is swept and a cloth is laid for collecting flowers.

The collected flowers are dried in the sunlight and stored.

The dried powder collected earlier is added to rasam (Veppam-pu rasam) on the Puthandu day.

Veppam-pu is slightly bitter in taste.

Consuming Veppam-pu and sugar on new year's day should remind us of how life is always a mix of comforts and discomforts.

The story of Tamil Puthandu

As per Astrology, Time runs in cycles of 60 years.

The first year is called Prabhava and the last is called Akshaya.

The Puthandu festival is associated with the origin of these sixty years.

When she saw Narada coming, Lakshmi Devi got up and went away.

Narada said: Mother Goddess need not do that.

I am a brahmachari.

My mind is under my control.

Perumal said: Anybody can come under the influence of maya anytime.

Even Gods are not safe from the influence of maya.

Narada was not convinced.

Perumal made Narada take birth as a woman on earth.

Soon, Narada got completely entrapped in worldly affairs. He completely forgot who he was.

Narada got married to Kaladhwaja and gave birth to sixty sons.

You can imagine Narada's pitiable condition then.

The sixty sons born to Narada in his birth as a woman on earth are the sixty years.

Puthandu is the day when Brahma started the creation of the universe.

Victorious Lord Rama returned to Ayodhya on the Puthandu day.

What you should observe on Puthandu

If Puthandu goes well, then the whole year ahead shall also go well. Seemanta: Protecting Mother and Child With the Power of Mantra