Vishnu and Lakshmi are one of the most celebrated divine couples in Sanatana Dharma.

Among the Trimurthys, Vishnu is the protector and administrator of the world.

The most charming Lakshmi Devi is the Goddess of wealth.

Their permanent abodes are both Vaikuntha and Ksheera Sagara.

Wedding of Vishnu and Lakshmi

Once, Devas were defeated by Asuras in a battle.

By the way, did you know that Devas and Asuras are brothers?

They have the same father, Kashyapa Prajapati.

Only their mothers are different.

They were suffering defeat at the hands of the Asuras again and again.

Vishnu told them: there is only one solution.

You all have to become stronger and immortal.

For this, you will have to produce amrita and drink it.

Get all kinds of plants, minerals, and gems with medicinal properties.

Put them into the milky ocean and churn it with a mountain.

Their extract will come out like how butter comes out when you churn curd.

If you drink amrita, you will become powerful and immortal.

But you won’t be able to do it alone.

You will need the help of Asuras for this.

Lure them into this by promising them a share of amrita.

When amrita comes out, I will make sure that they don’t get to drink it.

In this manner, the milky ocean was churned.

Mountain Mandara was used as the churn-stick.

Vasuki, the king of serpents, made the rope.

They kept on churning with the help of Brahma, Vishnu, and Shiva.

As they kept on churning, Kamadhenu emerged from the ocean first.

After that, Varuni Devi came out.

Then Kalpavriksha, 60 crores of apsaras, and the Moon.

Bhagawan Shiva made the Moon an ornament for himself and wore it upon his forehead.

Then a lethal poison called Kalakoota came out.

Shiva stopped it from destroying the world by drinking it.

Then, Dhanwantari Bhagawan came out with a potful of amrita.

After Dhanwantari emerged a horse called Uchaishravas and an elephant called Airavata.

She was sitting on a lotus and holding lotuses in her hands.

She had dark and curly hair.

The ocean presented her with a garland of lotuses that would never wither away.

Vishwakarma gave her all kinds of beautiful ornaments.

Lakshmi Devi was so beautiful that everyone coveted her.

Brahma told Vishnu: You have played a major role in the churning of the ocean.

Lakshmi rightfully belongs to you.

Accept her as your wife.

Lakshmi Devi climbed onto the chest of Bhagawan Vishnu and made that her permanent seat.

The whole universe became happy with the union of the divine couple.

A shower of celestial flowers occurred.

Wherever Vishnu is there, Lakshmi is also there.

Lakshmi will be there only where Vishnu is also present.

If you worship Lakshmi alone without worshiping Vishnu first, she gets angry.

Forms of Vishnu and Lakshmi

Inseparableness of Vishnu and Lakshmi

In Vishnu Purana 1.8, Sage Parashara describes the inseparableness of Vishnu and Lakshmi -

Once, an argument broke out between Saraswathy, and Ganga.

Lakshmi Devi took the side of Ganga and tried to protect her.

Saraswathy cursed her: you will become a plant and a river on earth.

Ganga cursed Saraswathy that she would become a river.

Saraswathy cursed Ganga that she would become a river.

At that time, Vishnu appeared and pacified everyone.

He told Lakshmi: a part of you will take birth as a plant at the home of king Dharmadhwaja.

A part of me will take birth as an Asura called Shankhachuda.

You will become Shankhachuda’s wife.

This way, we will remain husband and wife even there.

You will become famous as Tulasi and will have great purificatory power.

Vishnu also told the three Devis not to be together.

He sent Saraswathy to Brahma and Ganga to Shiva.

Why their abode is the milky ocean

An Asura called Jalandhara was born when Shiva’s rage came out of his third eye.

He was raised by the ocean; thus he became Lakshmi Devi’s brother.

Once a severe battle took place between Vishnu and Jalandhara.

Vishnu did not kill Jalandhara out of his love for Lakshmi.

But Jalandhara made Vishnu fall with his fierce arrows.

Lakshmi intervened and requested her brother not to push her into widowhood.

Jalandhara loved her sister very much.

He retracted from the fight and fell at Vishnu’s feet.

Vishnu told him to ask for a boon.

Jalandhara said: you should permanently reside with my sister at my father’s residence (ocean).

This is how the milky ocean became the abode of Vishnu and Lakshmi.

They have even cursed each other

The divine couple has on many occasions cursed each other.

Of course, they were all their divine play and have resulted in good outcomes.

Birth of Haihaya - Haihayas were a famous vamsha to which Karthaveeryarjuna belonged.

Once, the divine horse Ucchaisravas was coming towards Vaikuntha to take darshan of Bhagawan.

Lakshmi Devi was so absorbed in the beauty of the horse that she didn’t pay attention when Bhagawan spoke to her.

He cursed her to take birth on earth as a horse.

Devi observed tapas to get back to Vaikuntha.

During that time, Bhagawan also assumed the form of a horse and united with her.

The great Haihaya vamsha was born out of their union.

Destruction of Hayagreevasura - There was a terrible Asura called Hayagreeva (meaning the horse-headed one).

He had the head of a horse.

He had a boon that he could be killed only by another Hayagreeva.

Once, when Bhagawan Vishnu was smiling at her, Lakshmi Devi got a feeling that he was ridiculing her.

She cursed that Bhagawan’s head would fall off.

Accordingly, during a fight with Asuras, Bhagawan’s head got cut off by the tip of his own bow.

It was replaced with the head of a horse.

The curse led to the death of an evil Asura.

Dhan Teras puja - Once Vishnu and Lakshmi came down to earth on a tour.

After completing the tour of North India before he set out for South India, Bhagawan asked Devi to stay back.

She didn’t listen and kept on following him.

When he reached a sugar cane field, Bhagawan looked back.

She was still there chewing on a piece of sugar cane (apparently taken without permission).

Bhagawan got annoyed and cursed her to become the maid of the farmer and serve him for 12 years.

In those 12 years, the farmer became very rich.

When Bhagawan came to take back the maid (his wife), the farmer refused.

By then he had become aware that the maid was none other than Goddess Lakshmi.

It was on the Krishna Paksha Trayodashi preceding Deepavali.

Devi told him that whoever worships her on that day will remain rich and prosperous for the entire year.

Because of the curse, we got a great occasion to worship Lakshmi Devi.

Is Lakshmi the daughter of Durga?
Durga Devi is Adi Parashakti, the cause of the material world. In Durga Saptashati we see three manifestations of Durga Devi - Mahakali, Mahalakshmi, and Mahasaraswati. The three Devis are Shaktis of Shiva, Vishnu, and Brahma. Shiva and Vishnu thought that they were able to defeat Asuras because of their own power. They ignored and insulted their wives. Gowri and Lakshmi went away. In their absence, the world became a mess as both Shiva and Vishnu lost their powers and direction. Devas prayed to Adi Parashakti. She made Lakshmi emerge from the milky ocean during its churning. Gowri was born as the daughter of Himavan. Both of them reunited with their husbands.

What is Goddess Lakshmi known for?
Lakshmi Devi is famous as the mother of the universe. She is the Goddess of wealth and prosperity. She is also well known for her beauty, charming smile, and benevolent glances.

How many froms of Lakshmi Devi are there?
Click here to try more questions 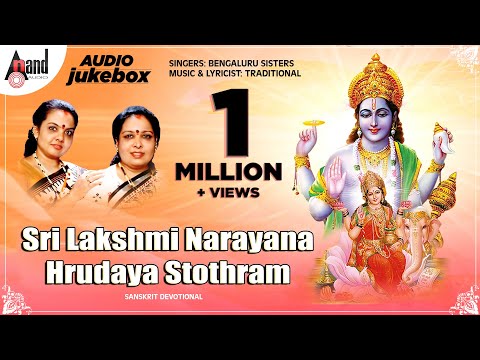 Nama Japa - Its Power And Benefits