Karma-yoga and Jnana-yoga lead to bhakti

We are treating the term yoga here as the method, not as the ultimate objective.

We will see how both Karma-yoga and Jnana-yoga ultimately lead to bhakti only. 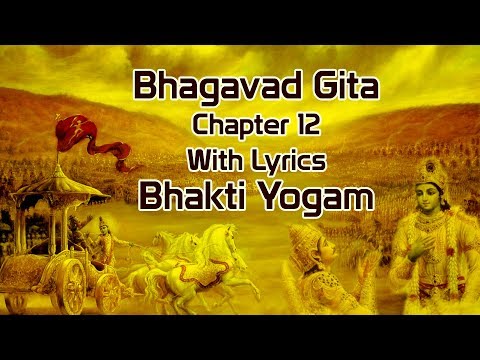 Karma-yogi focuses on perfection when undertaking any activity.

Karma-yogi isn’t concerned about the results or his own gain from whatever he is doing.

In a material context as an example, a person who helps farmers in a remote village to get microfinance without the intention of profiting from it, getting recognition or an award, becoming popular and making political gains or not even deriving mental satisfaction out of it- is a Karma-yogi.

He does it because it has come his way and presumes that it is a duty Narayana has entrusted to him.

In a spiritual context, a Karma-yogi performs puja, japa, homa, sadhana, pilgrimage, etc. without aspiring for benefits in the life-after-death or even liberation.

How does Karma-yoga help?

The six enemies of the mind: desire, anger, greed, ignorance, arrogance, and sense of competition; they become active only when you do something looking forward to a result.

When these enemies become active, they contaminate the mind.

An impure mind is unstable: runs after pleasures; harbors various emotions such as fear, anxiety, disappointment.

These six will not raise their heads when you do something without looking for a reward.

The Jnana-yogi limits his action.

He is more into contemplation.

He learns something, contemplates upon it, and then keeps reminding himself to adhere to what he has learned.

How does Jnana-yoga help?

Since he minimizes his actions, the Jnana-yogi is less likely to be attacked by the six enemies of the mind as described above.

He has a much less contaminated mind.

Karma-yogi is a very active person.

Jnana-yogi limits action to the bare minimum, as much is required for sustenance.

How are they related to bhakti?

Both Karma-yoga and Jnana-yoga lead to bhakti: devotion to Narayana, focusing all your thoughts and actions towards Narayana, and keeping him at the center of your existence.

These are the three possibilities:

Regardless of whether you are coming through the path of Karma-yoga or Jnana-yoga, bhakti is the only gateway through which you can enter the world of Narayana and become one with him. How can I develop bhakti?
According to Narada-bhakti-sutra.28, to develop bhakti you should, first of all, have knowledge about the greatness of Bhagavan. This can be obtained by listening to and reading about his glory.

What is Bhakti yoga according to Vivekananda?
Bhakti-Yoga is a real, genuine search after the Lord, a search beginning, continuing, and ending in love - The Complete Works of Swami Vivekananda.Volume 3.Bhakti-Yoga.Chapter 1.

Bhakti Sutras are attributed to which Maharshi ?
Click here to try more questions

The life of a child is stressful

Which Yoga Is Suitable For Me?