At the beginning of the present Kalpa, Sages from six famous kulas got together and they got into a debate.

This kind of debate.

They wanted to find out who or what is the cause of all that we see, from whom, or what everything originated.

This should be the source of everything, the greatest among all.

They went on comparing and arguing.

This argument continues even today.

Who is greater? Shiva or Vishnu or Shakti?

We have picked it up from them and we keep on arguing even today.

But we are unaware that Rishis obtained their answer.

Because we are cut off from our scriptures.

We are interested in politics, movies, and the stock market.

We are least bothered about knowledge that can be of use.

They went to Prajapati Brahma and asked Brahma -

Who is that person, who is the oldest, older than all the tattvas?

Tatwas means, the subdivisions of the universe -  experience, consisting of the five elements, means to perceive those elements, mind, intellect, all these are called the tattvas

Paratha paraha – whatever we consider as shrestha – great, greater than even that.

He is Mahadeva – from whom all these - Brahma, Vishnu, Rudra ( be watchful here, it says, Rudra also ), Indra, Pancha bhutas, the jnanendriyas, the karmendriyas - organs of knowledge and action they all were born and that Mahadeva is all-knowing, Lord of the universe.

This was Brahma’s reply to the Rishis who were debating as to who is the greatest, the source of all.

Brahma says even Rudra came out from Mahadeva.

Are they different from each other? We will see all that later.

Words try to describe him.

Words go to him and try to describe him.

But they fail and come back

The mind cannot hold his vastness, his magnificence.

Dhyana swaroopa is there, dhyana sloka is there for the lord.

But that is like multiplication tables given to a small child to learn.

Depending on the capacity of the child, it is given multiplication tables.

The child thinks this is what mathematics is.

But is that all that mathematics is?

The mind can not even fathom a minuscule portion of what he is.

Then how do we approach him?

words can not describe him.

The mind can not even hold him, fathom him.

He is beyond words and mind.

Then how to approach him?

He is accessible only through sincere devotion, not otherwise.

Drishyate – it is said, he can be even seen if you have sincere devotion towards him.

But how does one get bhakti?

प्रसादाद्देवताभक्तिः – by his prasada only, by his blessing only.

If you want his blessing, that is possible only through bhakti.

And bhakti will come in you only if you have his blessing.

Bhakti will come only with his blessing.

Where does the seed come from?

Where does the plant come from?

It is like that, blessing from bhakti and bhakti from blessing.

Nothing happens without his blessing. 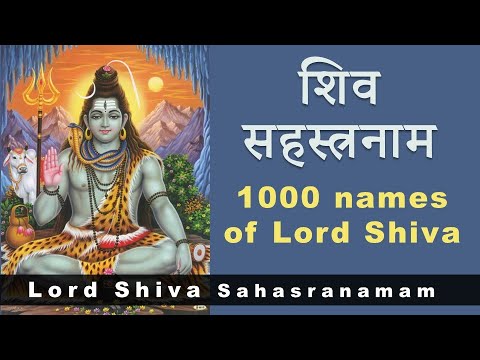 Anjani Mahadev, Manali
The Shiva Linga in the imagery top of the page is of Anjani Mahadev. Manali, Himachal Pradesh. The waterfall does perpetual abhisheka of the Linga and in winter freezes to cover it. The temple is also known as Amarnath of Himachal.

Which temple is connected to Eeshana, one among the Ashtamurthys of Lord Shiva ?
Click here to try more questions Attainment of Shiva Pada should be the ultimate goal