Dadhichi was the Rishi from whose bones the weapons of the Devas including Vajrayudha were created.

His father was Bhrigu Maharshi.

He is also called Dadhicha.

Dadhichi hides weapons of the Devas inside himself

According to Brahma Purana, the Devas approached Dadhichi and requested him to keep their weapons safely.

They did not return even after a thousand years.

By this time, the Asuras came to know that the weapons of the Devas were with Dadhichi.

Expecting an imminent attack, Dadhichi converted the weapons into water with mantras.

He then drank that water.

The weapons were no longer visible.

When the Devas came back for the weapons, he told them to make them again using his bones.

Dadhichi gets a boon from Shiva

There was a king called Kshuva.

Once an argument broke out between Dadhichi and Kshuva about who was superior, a Brahmana or a Kshatriya.

As the argument heated up, Dadhichi in a rage hit Kshuva on his head.

Kshuva hit back with an arrow.

Dadhichi performed tapas, propitiated Lord Shiva, and got the boon that his bones will become as hard as a diamond.

Dadhichi was a great devotee of Shiva.

He had become angry when Shiva was duly honored in the yaga of Daksha.

Dadhichi has also spoken about the glory of Bhasma.

Indra became uncomfortable about this.

Indra proclaimed that he would behead anyone who would teach Ashwini Kumaras the Madhuvidya.

Ashwini Kumaras approached Dadhichi and devised a plan with him.

After learning Madhu Vidya, Ashwini Kumaras replaced the head of Dadhichi with the head of a horse.

Indra cut off the horse’s head.

After that, Ashwini Kumaras revived Dadhichi and gave him his original head,

Once, Dadhichi was in Swargaloka.

When he looked down, he saw that the Asuras had flourished on earth.

Prompted by Dadhichi, Indra attacked the Asuras with his army.

He was defeated and came back.

At that time, Dadhichi remembered that he had left behind the head of a horse on earth.

It was discovered in a lake in the kingdom of Saranya.

Dadhichi created weapons from the skull of the horse and with them, the Asuras were destroyed.

This legend can be found in Rigveda.

Indra became once upset seeing the intense tapas of Dadhichi.

At that time, Dadhidhi was sitting on the banks of the river Saraswati.

He became excited and his semen fell into the river.

River Saraswati became pregnant and gave birth to a boy.

The child was named Saraswata.

He became famous as Pippalada.

Dadhichi blessed Saraswati that the Devas shall become most pleased if worshiped with water from Saraswati.

Vritrasura was a powerful enemy of Indra.

A fight occurred between Indra and Vritrasura.

Indra could not kill Vritrasura.

He went to Brahma seeking advice.

Brahma told him that if a weapon could be created out of the bones of Rishi Dadhichi, that could kill Vritrasura.

Dadhichi agreed and gave up his life.

The Vajrayudha was crafted from his bones.

With that, Vritrasura was killed.

The chakra which is India’s highest Military award has the motif of Vajrayudha.

It represents the sacrifice of Dadhichi for the sake of the welfare of humanity.

Dadhichi is the Rishi of the mantra of Hinglaj Devi.

Her temple is a Shakti peeth and is located in Balochistan.

When Parashurama went about destroying Kshatriyas over and again, some of them came to the refuge of Dadhichi Maharshi.

He invoked Hinglaj Devi to protect them.

She is the Kuldevi for many Kshatriya communities.

Amba Bhavani and Jagadamba are considered to be incarnations of Hinglaj Devi.

Dadheech Brahmins of Rajasthan are descendants of Rishi Dadhichi.

They celebrate Dadhichi Jayanti every year.

Video - Why Did Sage Dadhichi Kill Himself? 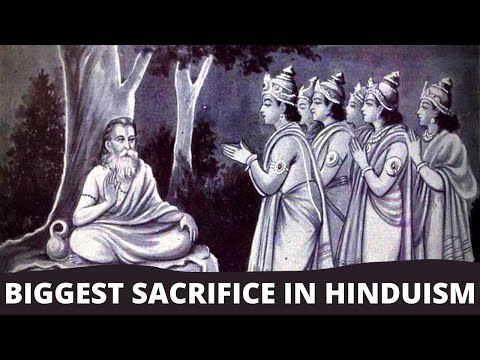 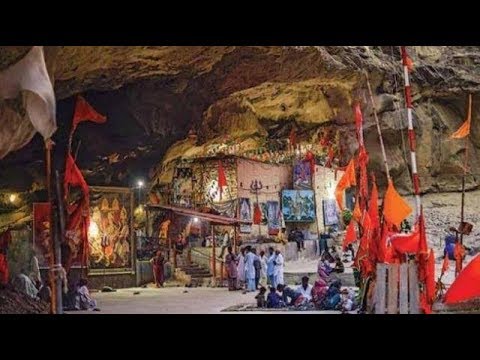