It has been the capital of many dynasties.

Brihadeeswarar temple is one of the grandest temples of India.

The temple is inside a small fort called Sevvappa fort.

This is inside another larger fort covering the entire city called the fort of Vijayaraghava.

It is also called Periya Kovil in Tamil.

The temple represents the greatness of Rajaraja Chozha.

The legend of Tanjavur

There was an Asura called Tanjan.

He harassed people around Tanjavur.

The dying Asura expressed a wish that the place be named after him.

The place was named Tanjapuri after the Asura.

His temple is 5 km from the city.

The worship at this temple follows Makuta Agama.

There are five sections:

The pradakshina pathway of the temple is about 450 meters.

The main vimana of the temple is called Dakshina Meru (Uttara Meru is Kailasa).

The copper kalasha on top of the vimana weighs 106 kg.

It is covered with a gold plate weighing 16 kg.

The shikhara of the temple rests on a granite weighing 80 tons.

It was taken to the top of the temple by constructing a slope from Sarapallam which is 6.5 km away.

A cowherdess devotee had gifted this stone to the temple.

Lord Shiva had appeared in the dream of both the devotee and Rajaraja Chozha and ordered this to be done.

A temple called Darasuram was built at her place in her memory.

The keystone under this main stone was gifted by another cowherdess devotee called Alagiya Nayaki.

Indra had given Chozha Muchukuntan 7 images of Tyagaraja.

One of them is also installed here.

There are also temples of Subrahmanya, Brihannayaki, Nataraja, and Chandeswara.

There is a Ganapathy temple belonging to the time of Sarafoji II.

There is also a Dakshinamurhty temple accessed by 21 steep steps.

There is also a huge monolith of Nandi.

It weighs 25 tons and is inside a mandapa.

It is believed that this Nandi kept on growing.

A nail was driven to its back to stop it from growing.

On either side of the main gopuram, there are small temples of Ganapathy and Subrahmanya.

Behind the main temple, there is a temple dedicated to Karuvurar, a siddha who helped Rajaraja Chozha in the consecration of the Shiva Linga.

This temple stands for religious and cultural tolerance.

The motifs in the temple are taken from Vaishnava, Shaiva, and Buddhist legends.

The northern side of the vimana has got 4 human figures: a Chozha, a Nayak, a Marattha, and a European.

The European figure could be a later addition but the original was conceived by Soma Varma who was the supervisor of the construction.

The walls of the Ardha mandapa have got paintings from the Chozha era but they were again painted upon and covered by the later Nayak rulers.

On the northern wall, there is a door that leads into Sivaganga gardens.

The holy teertha of the temple is here.

In the middle of that is a small temple of Lokanatha Ishvara.

The water from this teertha only is used for worship in the temple.

The second pillared mandapa belongs to the Nayak period (around 1600 CE).

A more popular name is Brihadeeswarar.

They are called Peruvudayar and Periya Nayaki respectively in Tamil.

The worship at this temple follows Makuta Agama.

Rajaraja Chozha had made elaborate arrangements for the upkeep of the temples.

He himself had donated 215 kg of gold, 270 kg of silver, and a huge quantity of jewels and ornaments.

Huge parcels of land were dedicated to the temple which yielded 1,11,36,000 padis of paddy every year.

400 female and 212 male artists such as dancers and musicians were accommodated in the northern and southern streets to be of service to the temple.

Video - The Secrets of the Brihadisvara Temple 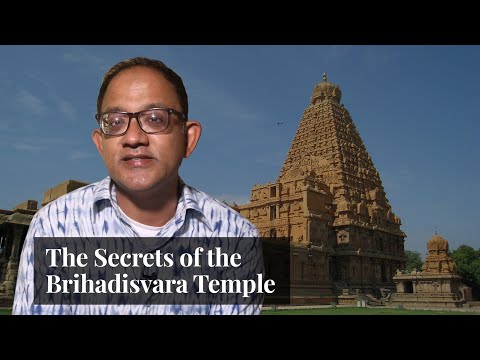 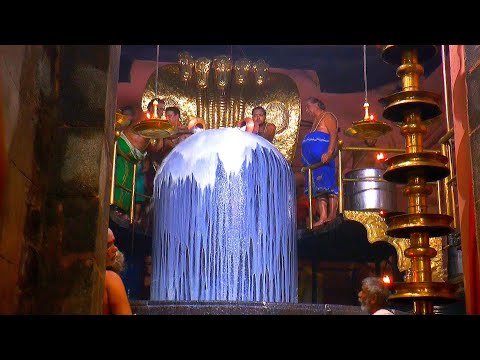